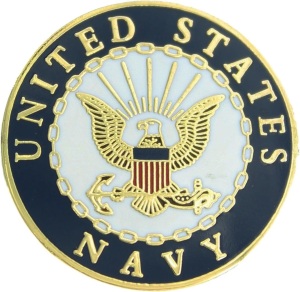 Spencer Howe Collmann, age 96, passed away peacefully at his home in Dunwoody Village on January 17, 2021.  He was born on April 29, 1924, in Wilkes-Barre, the son of Dr. Xavier K and Lillian Howe Collmann. He was the youngest sibling to Warren and Reid.

Spencer graduated from Coughlin High School, class of 1942. Following graduation, he began his studies at Lehigh University before leaving to serve in the U.S Navy in 1943 until 1946.  He served as a Naval Musician, playing TAPS on the bugle every morning and playing trumpet in the Navy’s Ceremonial Band where he played for dignitaries including Winston Churchill and President Roosevelt.

After the war, he returned to Lehigh University to complete his BA.  In June of 1949, he married Joan Edna Speece who he met on a blind date.  They celebrated 52 years of marriage before her death in 2002.  He wrote that marrying Joan was the best decision of his life.

He worked his entire career in the printing industry and retired in 1990 as Vice President of Chilton Company’s Printing Division.  He was active on a national level and was elected President of the Printing Industries of America, the world’s largest graphic arts trade association.

Spencer enjoyed a wonderful life filled with music, travel and family.  Spencer’s love for music began at an early age and when he was 17 years old he formed ‘Spencer Collmann and his Orchestra’, playing regularly at local venues.  His love of music and instruments carried through his life. Over the years, he participated in the Lower Merion Glee Club, New Horizons Glee Club, the Mansfield Brass Quintet, the Dunwoody Singers and performed at the White House with the Sunshine Singers. He played the trumpet until he was 94 years old.

He loved traveling and spent summers with his family at Harvey’s Lake and Ocean City, Md.     He and Joan took their first cruise on their 30th wedding anniversary and over the next 20 years took a total of 28 cruises together. They traveled the world and especially loved South America, Russia, Alaska, and going through the Panama Canal.

Spencer was committed to his family and put together the first Collmann Family Reunion in 1989.  He happily researched and put together a historical family tree going back to the 1800’s. He attended Ardmore Presbyterian Church for most of his adult life.

A Memorial Service for Spencer will be planned later this year.

In lieu of flowers, memorial donations may be made to The Heritage Foundation at heritage.org.

To send flowers to the family or plant a tree in memory of Spencer Howe Collmann, please visit our floral store.

A Memorial Service for Spencer will be planned later this year