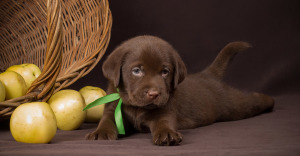 June was born in Brooklyn, New York, on June 30, 1930.  She was raised in Brooklyn and lived in the New York area for the first half of her life.  She married Robert J. Cave in 1955 (divorced in 1961), and married Joseph A. Reedy in 1963, to whom she was married until his death in 1988.  June and her family moved to West Chester in 1974, where she lived until she died.  She has three children: Robert J. Cave Jr. from her first marriage, and Joseph T. Reedy and Mary (Reedy) Fretz from her second marriage.

June had a variety of jobs throughout her life.  At various points she worked as a teller for Chase Manhattan Bank, a secretary at St. Thomas Episcopal Church in New York City, and as an employee of Grumman Aircraft.  Upon moving to West Chester, she worked for the West Chester School District, first as a playground aide at Penn Wood School, working her way up to administrative assistant in the HR department.  Upon retirement from the school system, June worked for the KLM insurance firm.  She did not like idleness; her motto was “Gotta move.”

Several thoughts come to mind when her family and friends think of June.  Among them are:

She was humble and kind.  June wanted to learn about “you,” not tell you about herself.  She was quick to celebrate successes and met others with warmth and caring.  She paid attention to what made other people happy.  She took care to remember special events and would often send cards of caring, joy and support.

She was a committed Christian.  June was born and raised a Lutheran and was a regular church-goer.   As life progressed she joined the Presbyterian Church, and then in later years joined the Catholic Church at St. Simon and Jude.  She believed that “Your life is a gift from God and how you live it is your gift to God.”

She was a gracious host.  When you came to her house you were the center of attention, particularly when it came to meals.  Her goal was to cook what visitors wanted, and cook lots of it, and it made her happy when her guests had seconds (and thirds!)

She was a great friend.  She established close relationships wherever she was found, throughout her life.  She enjoyed being with her friends, loved their company, and cared about their lives.

She was a volunteer.  She donated her time, working as a volunteer in an orphanage, at the Chester County Historical Center, and at polling places.  At St. Simon and Jude, she helped clean the church, was a member of the alter guild, and was part of the Prayer Shawl Ministry.

She was an animal lover.   She had pets throughout her life, almost all of them dogs. Whatever way a dog entered the family, it was always June that the dog gravitated to.  One dog was so attached to her that when she went out, the dog would punish her by spreading her knitting throughout the house.

She was interested in the world.  She was an avid reader (mostly history), loved movies and looked forward to seeing them regularly with friends, and became a news “junkie” in later years.  She had strong political opinions and cared about the country.

Most of all, she was a devoted mother and grandmother.  She loved being a mother.  She celebrated her children’s successes and joys, and walked alongside them with love during challenging times.  When grandchildren came along she reveled in time with them.  She was present at births and birthdays, for visits and holidays.  She was playful, happy, and let them be who they were.  Of all the things that made her “June,” her family was the thing that spoke to her highest joy.

Along with her children she is survived by her daughter-in-law Susan Cave, her son-in-law Kevin Fretz, and her grandchildren: Ian Cave, Madison Fretz, Brenden Fretz, Gavin Fretz, and Reese Fretz.  She is also survived by her sister Elinor Moebus.  She was predeceased by one grandson, Adam Cave.

In lieu of flowers, the family requests gifts be made to the Brandywine Valley SPCA in June’s name, www.bvspca.org, 1212 Phoenixville Pike, West Chester, PA 19380.