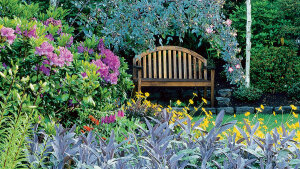 Joan Munyan Swope passed away peacefully on January 15, 2021.  Her bright spirit was never broken during her seven-year battle with Parkinsonism.  Joan was the beloved wife of Jack Swope for 63 years.  They met in Ocean City, NJ in 1951, when Jack taught Joan to sail.  Joan’s smile and laugh lit up every room she entered, and her amazing memory for personal details endeared her to all.  Her Christmas Eve parties were legendary!  She loved traveling (to over 60 countries), playing tennis, gardening (particularly wild English gardens), and volunteering at Wills Eye Hospital, Paoli Hospital and The Academy of Sciences.  She served as a Deacon and an Elder with Wayne Presbyterian Church.  She enjoyed spending time with her family and friends in Royal Oak, MD and Sanibel Island, FL.  She was born in Woodbury, NJ on April 29, 1935, the first daughter to Tom and Jinny Munyan, who raised their four daughters in Margate, NJ.  Joan graduated from Atlantic City High School in 1953 and Wheaton College (Norton, MA) in 1957.

Due to the current pandemic, there will be no services at this time.

In lieu of flowers, donations may be made in Joan’s memory to the Newtown Square Presbyterian Church (www.newtownsquarepres.org; 3600 Goshen Road Newtown Square, PA 19073).

To send flowers to the family or plant a tree in memory of Joan Munyan Swope, please visit our floral store.

Due to the current pandemic, there will be no service