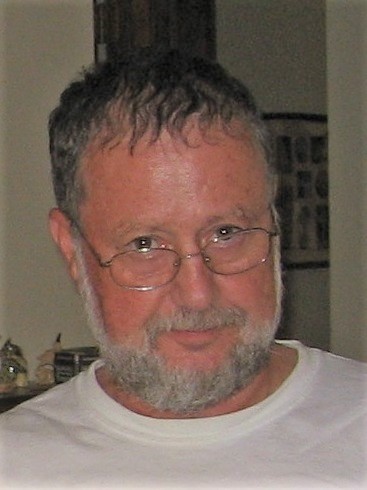 William (Bill) Waegel died on December 14th, 2021 after a long struggle with brain cancer.  He was born in Gibbstown NJ to Francis Blair Waegel and Maxine Wheeler Waegel, and was the second oldest of six children. The family moved to New Castle County Delaware when Bill was five and this is where Bill spent most of his school years. After graduating from John Dickinson High School in 1967, Bill attended American University in Washington DC for two years before transferring to the University of Delaware after marrying his high school friend Alice Spurlin in 1969.

At the University of Delaware, Bill earned a B.A. in Liberal Studies with a double major of Sociology and Economics in 1972. He continued at the University for graduate education, earning a M.A. in Sociology (1976) and then a Ph.D. in Sociology (1978). His Ph.D. research stemmed from the Police Information Systems Project, funded by The Twentieth Century Fund, which awarded Bill a Research Associate position to study criminal investigation work in the Wilmington (DE) Police Department.

After completing his PhD, Dr. Waegel was offered a faculty position at Villanova University where he had a long and successful career as a sociology/criminology professor. As a tenured faculty member, he continued his research on the police, with some of his publications being reprinted in anthologies and collections of important works. Notably, his papers “Case Routinization in Investigative Police Work” (Social Problems 1981) and “How Police Justify the Use of Lethal Force” (Social Problems 1984) continue to receive attention after many years and remain highly relevant today. Bill also published a book Delinquency and Juvenile Control, A Sociological Perspective.1989, Prentice Hall, Inc.

In addition to research and writing, Bill taught many different courses in both sociology and criminology. He was a huge proponent of the Graterford Program in which Villanova provided college courses to inmates at Graterford Prison. Bill did his stint in administration, serving as chairperson of his department for 10 years.

In his personal life, Bill was a dedicated and expert saltwater fisherman. As a surf fisherman he cast his line in the coastal waters up and down the Eastern USA, with his favorite spots including the Outer Banks of North Carolina, the Jersey Shore, Cape Cod and Martha’s Vineyard. In the spring, he fished the Susquehanna flats by boat, and below the Conowingo Dam in waders. He fished for many different game fish including bluefish, sea trout, and red drum, but above all others he pursued his favorite, striped bass. At home, Bill maintained a workshop where he made his own lures and fishing rods with ever increasing sophistication and skill. Bill particularly enjoyed teaching his sons how to fish and spent countless hours exposing them to the sport he loved.

As a loving and attentive father, Bill extended his penchant for pedagogy and taught his sons a wide variety of skills both practical and philosophical, whether it was catching fish, running a wood shop, fixing just about anything, or thinking critically and looking at the world through a sociological lens. He loved family vacations and fondly remembers camping trips and road trips all over the country, especially the annual family trips to Cape Hatteras and, later, Martha’s Vineyard.

To order memorial trees or send flowers to the family in memory of William Waegel, please visit our flower store.