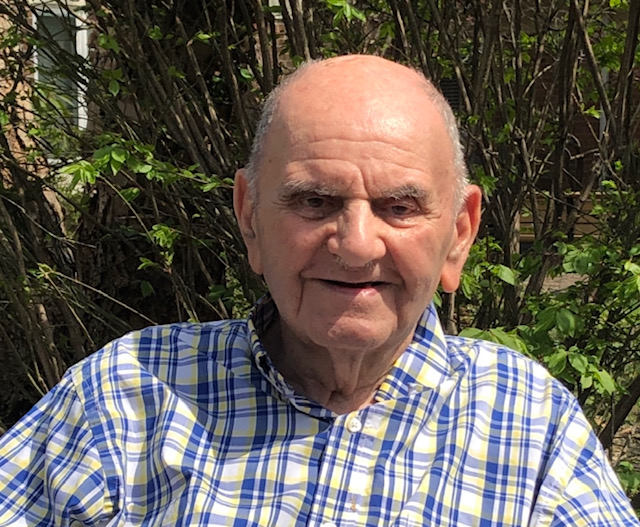 Born in Philadelphia, PA in 1929, he was the son of the late Bertha and John Keller.

Bill was a 1949 graduate of  John Bartram High School, Philadelphia PA where he studied to become a mechanic. Prior to his retirement in 1995, he was a heavy duty diesel mechanic and Foreman of the Fleet Department for Lower Merion Township.

Bill was the beloved husband of the late Joan F. (née Smith) Keller. He was a loving father, grandfather, great grandfather & uncle. Bill is survived by his daughters Dinah Henley (late Leo), V. Paulina Finnegan (Frank), Jennifer Renz (David), and Erika De La Cruz (José); 9 grandchildren and 5 great-granchildren.  He was the uncle of John Keller and several other nieces and nephews. Predeceased by his daughter, Joan M. Keller and siblings Samuel Keller and Marie Conway.

Bill was a volunteer fireman at Fire Companies 3 and 4 in Upper Darby, PA. He served as Cardington Fire Station’s engineer for several years before retiring with his wife to Marion Station, MD. Bill was involved with drum and bugle corps for decades and played the baritone bugle with the Riley Raiders where he was granted lifetime membership in 2004 and the  Archer Epler Musketeers.

Relatives and friends are invited to his Visitation, Wednesday, December 8, 2021, 9:00 – 11:00 AM at The Donohue Funeral Home, 8401 West Chester Pike, Upper Darby, PA, followed by his Funeral Service at 11:00 AM.  Interment Arlington Cemetery, Drexel Hill, PA.

In lieu of flowers, contributions in Bill’s memory to The Michael J. Fox Foundation, www.michaeljfox.org or Tunnel To Towers, 2361 Hyland Blvd., Station Island, NY 10306  www.t2t.org would be appreciated.

To order memorial trees or send flowers to the family in memory of William Keller, please visit our flower store.