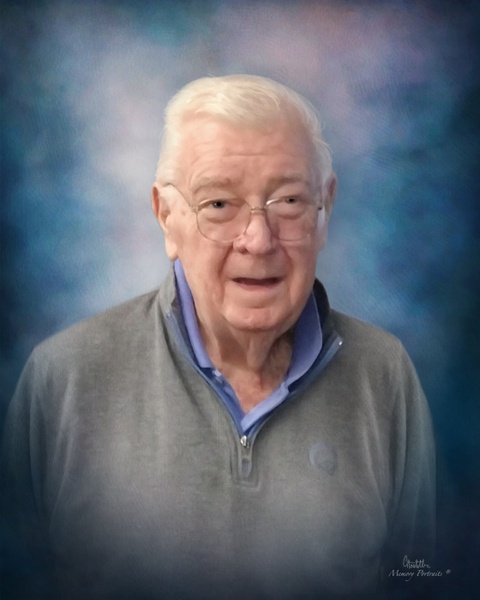 He graduated from Purcell in 1945 and was awarded a full scholarship to play football at the University of Notre Dame.  His boyhood friend Frank “Rodney” Johnson from Xavier High School in Cincinnati also received a scholarship. The duo hitched hiked to Notre Dame for fall practice with their footlockers in tow and were lifelong friends.

During his time at Notre Dame his coach was the legendary Frank Leahy.  His players were affectionally known as “Leahy’s Lads”.  After their playing days, he and Johnson were asked by a Cincinnati reporter what Leahy was like after a loss, they replied in unison “we wouldn’t know, we never lost a game”.

Walter was a US Army Air Force veteran leaving Notre Dame to serve in World War II.  He was very proud of his service to our Country.  He had to leave his beloved ND but did it willingly and with purpose.  When he returned from duty, there were, as he said, “nine players competing for the starting center position and six were lettermen”. He prevailed obtaining the coveted spot of starting center for the 1949 National Championship Team.  In the 1950 National Football League Draft, he was selected by the Chicago Cardinals, but decided to go into business instead.  He often said, “I had so much fun playing for Notre Dame, I didn’t think that being a pro could top it”.

After graduating with a bachelor’s degree from the College of Commerce in 1950, Walter took a job with the Grote Manufacturing Company of Cincinnati, Ohio selling plumbing supplies.  He was later transferred to Philadelphia, Pennsylvania. He was the first manufacturers’ representative to be president of the Delaware Valley Trade Golf Association and was the first president of the Notre Dame Club of Philadelphia.

In Philadelphia, he met a beautiful woman named Claire O’Neill.  Claire was a flight attendant with TWA. They met through Walter’s mutual friend from Notre Dame, Jack Dempsey.   They certainly made a striking couple, were soon married and had four children: Maureen, Lisa, John and Paul.

Walter later founded the Grothaus Sales Company where he was President.  He was a manufacturer’s representative for various pipe and plumbing supplies.

He was a member of Overbrook Golf Club in Villanova, Pennsylvania where prior to his passing was the oldest member. He was also a member of the Sea Island Golf Club on St. Simons Island, GA where he and Claire lived for many years.

He enjoyed playing golf, fishing, fleecing the guys in the men’s locker-room at gin rummy, and playing bridge which he learned at an early age and played all his life.

He was proceeded in death by his beloved wife Claire, his son W. John Grothaus III, his parents Walter John Grothaus Sr and Mary McPhillips Grothaus , his sister Kathrine Grothaus Brennnen, and his beloved aunt, Eva Creahan. Walter is survived by Maureen Carroll (John), Lisa Grothaus, Paul Grothaus (Denise) and Susan Grothaus TenBroeck; nine grandchildren and two great-grandchildren.  His positive- never give up attitude along with his great story telling abilities will be missed by all that knew him.  Rest in peace.

A funeral mass will be celebrated on Thursday June 10, 2021 at St. Monica’s Catholic Church Berwyn, PA with visitation at 10 AM and mass at 11 AM.  Private interment.

In lieu of flowers, donations may be sent to the Crohn’s and Colitis Foundation.

To order memorial trees or send flowers to the family in memory of Walter Grothaus, Jr., please visit our flower store.