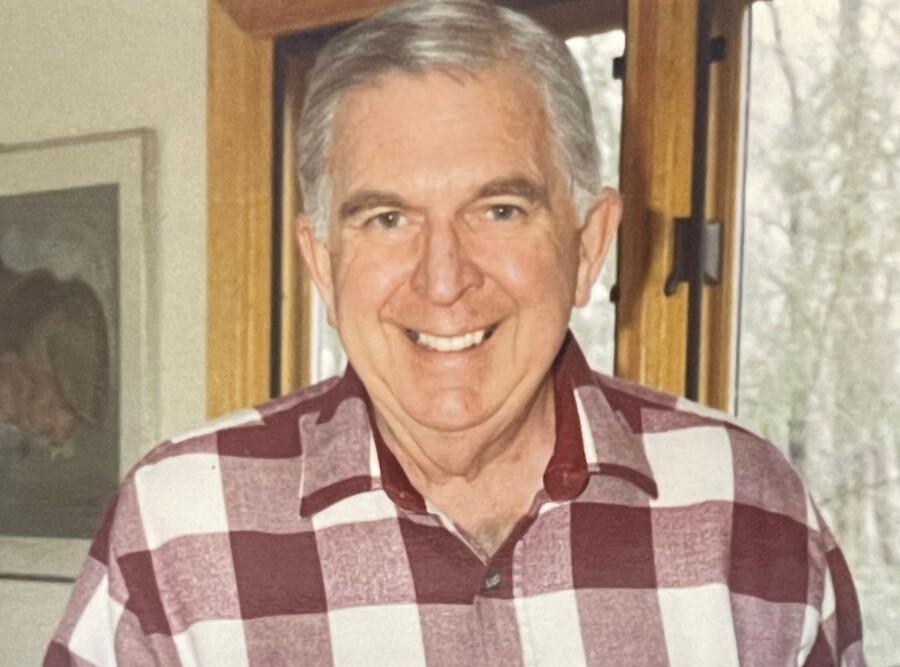 He was a graduate of West Catholic High School in 1958. Thomas was a beloved husband, father, grandfather, great-grandfather, son, brother, uncle, nephew, cousin, and friend. He was a lifetime insurance broker after leaving the Marines with an honorable discharge. He was passionate about golf, he was the founding member of the Rosemont Optimist Club, and loved woodworking in his barn, and could always be found with a penny hat atop his head. He enjoyed traveling to Maine, Buckhill, Honesdale, and the Outer Banks. Throughout his lifetime, he remained friends with the Group of Seven from high school. Some of his simple pleasures were Tastykakes, Sour Patch Kids, rootbeer, and coffee. His dry sense of humor and infectious laugh and smile will never be forgotten. He is eternally our angel.

In lieu of flowers, donations may be made to The Augustinian Fund to sustain and grow the ministry they perform, https://www.augustinianfund.org/, would be appreciated.

To order memorial trees or send flowers to the family in memory of Thomas Hagan, please visit our flower store.