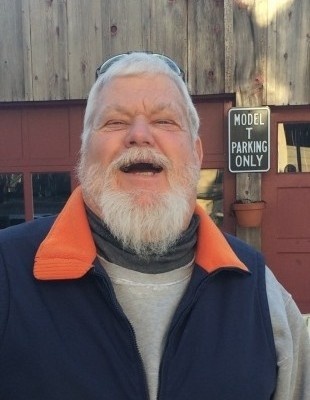 Seth was a local historian like no other. He had so many memories of people and places that weren’t written in any books. He was a walking encyclopedia of Marple Township history, a member of the Marple Historical Society and an aficionado of many topics. His family can be traced back to the area from the 1600’s. Born on November 11th, 1938, he grew up in Marple Township when it was little more than farms. He graduated from Marple Newtown Senior High School in 1957. He served in the United States Air Force Reserves after high school, stationed at Warren Air Force Base, in Cheyenne, Wyoming. For this he was very proud. Just recently he told us that he earned an associates degree in Botany in order to help out his father with the garden center, Pancoast Gardens, where he worked for and with his parents. He also owned a dry-cleaning business early in his adult life. Seth’s business at the time of his death, S.Pancoast (Topsoil and Mulch) is on the same property that his grandfather, the blacksmith, housed his horse stables. Seth’s Soil and Mulch business was started in 1959 and will be carried on by his children. He was still working until literally minutes before his passing.

Since childhood, his passion was always cars, antique cars. Seth was a past president, and current member (since 1959) of the HCCP, (Historical Car Club of Pennsylvania), as was his father, Seth E. Pancoast Sr, as well as his son, Seth E. Pancoast III. He was also a life member of AACA, (Antique Automobile Club of America) In these groups he found life-long friendships that brought him much joy. He lived his life on his own terms, told many jokes, ate LOTS of ice cream and reveled in his collection of cars and memorabilia. His idea of “highly collectible” is truly unprecedented. He was a superb dancer, a storyteller extraordinaire to which anyone who met him can attest. You could find him each morning at The Thunderbird, in Broomall, “holding court” with anyone who happened to be there. His stool at the counter is legendary. He started eating there when they opened in 1956, he ate breakfast there on his last day as well. The Thunderbird owners and staff were simply part of his family, and he knew them all by name. As staff would leave, he would simply introduce himself to the newest member of his extended family.

He is survived by his children, Seth E. Pancoast III (Christine), Claudia (Pancoast) Kroberger, his sister Elsa (Pancoast) Taylor (Jim), as well as his beloved grandchildren, Abigail, Seth IV, Harrison (Harry), Ashley and Brittany, and their father Steve Kroberger, and all his much loved nieces and nephews. To say that there is a huge void in Broomall now would be a gross understatement.

If you have a classic or antique car, you are strongly encouraged to bring it...and bring a story to share.

To order memorial trees or send flowers to the family in memory of Seth Pancoast, Jr., please visit our flower store.