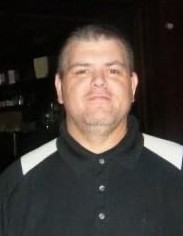 Sean graduated from Upper Merion High School in 1988 where he excelled at football and making long lasting friends. He then attended Millersville University and became a TKE brother. Sean was fondly and aptly known as 'NixonBerg' by his closest friends and fraternity brothers.

Sean was an avid Philadelphia Eagles fan and passionate about all Philly sports.  He also loved to cook and was known for his 'spicy-chili'.

In addition to his Father, Sean is survived by his siblings: Jeffrey Nixon, Mark Nixon (Katherine), Chris Nixon (Doreen); and his nieces and nephews Sydney, Jack, Jennifer and Greg.

In lieu of flowers, contributions may be made to St. Jude Children's Research Hospital, 501 St. Jude Place, Memphis, TN 38105.

To order memorial trees or send flowers to the family in memory of Sean Nixon, please visit our flower store.