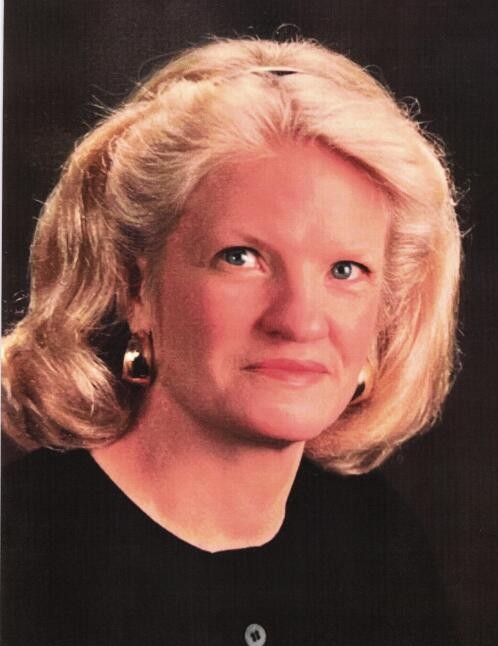 Sarah Ann Sneddon (nee Smith), age 76, of Newtown Square, passed away on December 19, 2021. Born in Duncan, Oklahoma to Horace and Josephine Smith, Sarah grew up in Dallas, Texas. Those who knew Sarah would say she was a tiny lady who made an enormous impact on all who met her, starting with Larry, her husband of 54 years. During their first day at Centenary College of Louisiana, Sarah and Larry met while waiting in line at registration-it was literally "love at first sight" and they have been inseparable ever since.

At Centenary, Sarah was president of her sorority Zeta Tau Alpha and twice was selected "Sweetheart" of Larry's fraternity. She graduated with highest honors with a degree in education. Sarah went on to earn a masters degree in special education from the University of Connecticut. Sarah and Larry married in 1968, after which Sarah joined Larry in Bloomington, lndiana. While Larry pursued graduate studies at lndiana University, Sarah began her teaching career in Special Education.

Sarah and Larry moved to Havertown in 1974, where Sarah began teaching Special Education at the Rosemont School in Radnor Township. Taking a brief hiatus following the birth of son Steve in 1978, Sarah returned to the classroom at Wayne Elementary in Radnor, where she taught Kindergarten for the next 32 years until her retirement in June 2015. Over the course of her career, Sarah shared her kindness, creativity and love of learning with more than 1,500 of her "Kindercatepillar" students and their families, becoming one of the most beloved teachers in the township.

ln her retirement, Sarah enjoyed travel, spending time with her beloved Larry and surrounding herself with photos of her grandson. Sarah is survived by her husband Larry Sneddon; her son Steven Sneddon and his wife Leslie; her grandson Henry; and her brother Jack Smith.

ln lieu of flowers, memorial donations may be made to The Alzheimer's Association, 399 Market Street, Suite 102, Philadelphia, PA 19106.

To order memorial trees or send flowers to the family in memory of Sarah Sneddon, please visit our flower store.