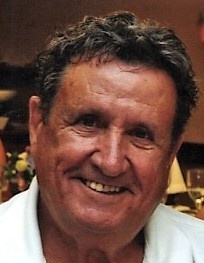 Born October 8, 1951 in Wedding Germany, he was a son of the late Kurt and Waltraud (nee Neigenfind) Goltz. In 1960, he came over on the ship Hanseatic to America and lived in Long Island, New York for three years, and then after this moved to Exton, PA. He proudly became a US Citizen in 1992 and served honorably in the Army National Guard. He was the founder of Building Systems and owned and operated the business for 40 years.

Ron’s favorite place was sitting in the pool house watching movies and playing his game. Later in the day he’d sit outside by the pool and listen to music for awhile while dozing.

He also enjoyed fishing, collecting coins, riding motorcycles, watching war movies and playing Crime City on his IPAD. He was a true people person and loved spending time with family and friends.

Ronald was the beloved husband of 39 years of Suzanne (nee Paré) Goltz and loving father of Jillian Goltz and Jaimie Goltz. He was predeceased by his son, Joshua Goltz and his brother, Gerhard Goltz.

In lieu of flowers, contributions may be made to the charity of your choice, in memory of Ronald.

To order memorial trees or send flowers to the family in memory of Ronald Goltz, please visit our flower store.