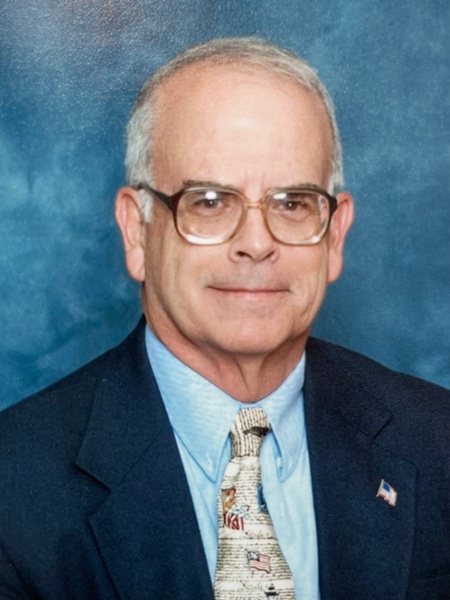 Plowman, Robert Jacob, 82 (“Bob” to all), archivist and longtime soccer coach, departed this life on September 24, 2021. Bob was born to Gertrude Oyler and Walter Plowman of Hanover, PA, and was predeceased by his brother, Walter. Loving husband of Maryann (Morrissey) Plowman for 52 years, he was the devoted father of Elizabeth Plowman (Patrick Wehle), Amy Meehan (Lawrence), Alexander Plowman (Kelly), and Emily Plowman (John Foley). He was the loving grandfather of Magdalene, Charlotte, Lyra, and Jasper Wehle; Brenna, Aidan, and Bridget Meehan; Cora, Larry, and Vivian Plowman; and Darwin and Penny Foley.

Bob received his Bachelor’s and Master’s degrees from Villanova University, and his Doctorate in History from The Catholic University of America. “Dr. Bob” was the Director of the National Archives, Mid-Atlantic Region in Philadelphia, and founded the Delaware County Archives in Media upon his retirement from the federal government. He was an Adjunct/Assistant Professor of History at St. Francis College, ME; Westmoreland County Community College, PA; Delaware County Community College; and Villanova University. Bob served on the Board of Directors of the Historical Society of Pennsylvania and on the Archives Advisory Board of the Pennsylvania Historical Museum Commission and the Archdiocese of Philadelphia. He held several professional memberships, wrote and published numerous articles, and was highly valued as a guest speaker before historical and genealogical societies and civic associations.

However, Bob is most remembered by his family for his extracurricular activities. A lifelong Phillies fan, Bob could quote accurate statistics of every player from Philadelphia’s own native son, Del Ennis - who debuted in 1946 - up to, and including Ryan Howard, whose last Phillies appearance was in 2016. Frequently taking the family to Veterans Stadium, he never remained past the 7th inning, much to the distress of his wife and children. He’d always say, “The 8th and 9th innings are better heard on the radio,” with his ulterior motive to beat the traffic.

From his boyhood days, Bob was an ardent and tough tennis player. He continued playing with his Havertown “tennis pals” until his health forced him to stop. Bob was proud of being a left-hander, and prouder still of outlasting another lefty on the court: the Australian great, Rod Laver. Bob may not have won any Grand Slam titles nor brought home the Davis Cup, but he gave tennis a good run for the money: 63 years at the net!

After a lifetime of sharing his kindness and gifts with others, Bob Plowman will be missed by many.

Friends and relatives are invited to pay their respects to Bob’s family on Saturday, October 2nd from 10:00am to 10:50am in Annunciation BVM Church, 401 Brookline Boulevard, Havertown, PA, followed by his Funeral Mass at 11:00am. Wearing a mask is strongly encouraged.

Mass will be live streamed at: www.facebook.com/Annunciation-BVM or vimeo.com

A private burial will take place in Sts. Peter and Paul Cemetery in Springfield.

Mass will be livestreamed.

To order memorial trees or send flowers to the family in memory of Robert Plowman, please visit our flower store.