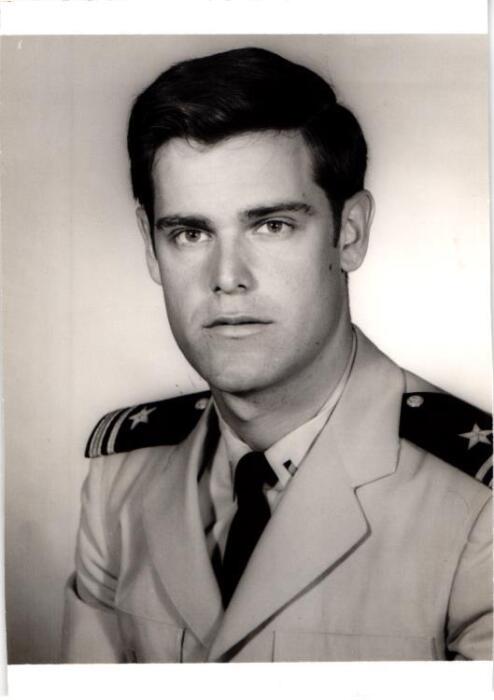 Robert “Bob” Arthur Johnson, Jr. age 76, of Villanova, PA, passed away after a lengthy illness on October 7, 2021 surrounded by his loving family. Son of the late Robert and Mary Johnson (nee Foley), Bob was born in Pittsburgh, PA to a large family with 5 other siblings.

Bob graduated from the University of North Carolina, Chapel Hill, where he was a captain of the soccer team leading them to win the ACC Co-Championship in 1967. He also was on the varsity tennis team, playing competitively into his 60’s.

After graduation, Bob joined the U.S Navy and volunteered for Vietnam. He served as a Naval Intelligence Liaison Officer in Army Advisory Team 92, NILO flying in a “Bird Dog” Observation Fixed Wing aircraft performing observation duties and adjusting artillery fire.  His awards included a Bronze Star with V, Combat Action Ribbon, Air Medal (2).  He was very proud of his service to his country.

In 1971, he married fellow student, Cynthia (nee Lee) at the American Graduate School of International Management. Upon graduation Bob began an international career in the steel industry. He and Cynthia lived in Tokyo, Kuala Lumpur, Singapore and Caracas, which engendered their enthusiasm to travel around the world and meet new people.

Upon returning to the United States, Bob embarked on a new profession in financial services with Merrill Lynch in the Philadelphia region while raising two sons, Ben and Kit. Bob enjoyed a 32-year career, which eventually included Ben and Kit, joining his Merrill team. He and Cynthia entertained family and friends regularly, forming long-lasting, dear friendships in Colorado, Florida and Pennsylvania.

Bob will be remembered for his interest in mentoring others in business and his leadership both in work and with family and friends. His high ethics, hard work, competitiveness, deep motivation, patriotism and strong convictions were always evident. He enjoyed sports, particularly tennis, skiing and golf, and was a lifelong fan of the Pittsburgh Steelers. Bob was a devoted Catholic and dedicated to his family.

Mass will be live streamed on https://www.youtube.com/channel/UCIc4OFU0aPr51trE_OMyh2g/videos

In lieu of flowers, contributions may be made to Lewy Body Dementia Association, lbda.org.

To order memorial trees or send flowers to the family in memory of Robert Johnson, Jr., please visit our flower store.