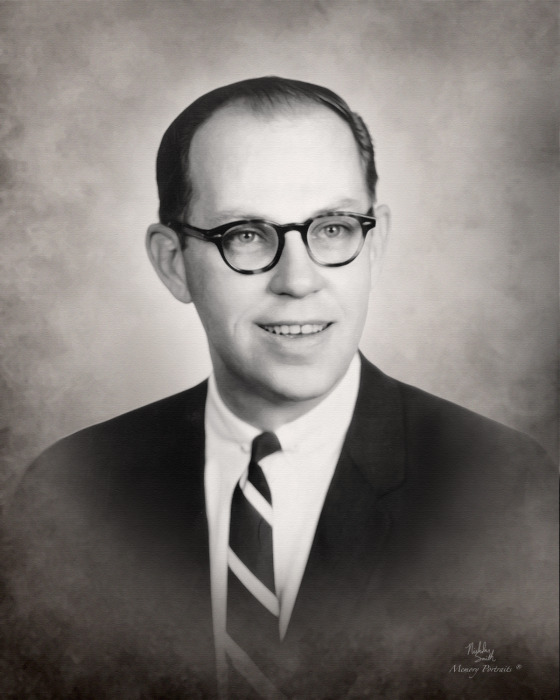 Bob was born in Dunmore, Pennsylvania to Joseph L. Carroll and Della Lynch Carroll in 1928.

Thereafter, Bob attended St. Joseph’s Preparatory School  (“The Prep”) in Philadelphia, Pennsylvania, Class of 1945.  Throughout his life, Bob was an enthusiastic, dedicated and generous alumnus.  Over the years, he was instrumental in assisting The Prep to acquire various properties adjacent to the campus to enable expansion.

After graduating from The Prep, Bob attended the University of Pennsylvania, Wharton School of Business and graduated with a degree in Finance in 1951.  While at Penn, Bob was a member of Kappa Sigma fraternity.

After graduation from Penn, Bob was an assistant to Ambrose J. Winder, appraiser and real estate consultant.  Later, he worked with William J. McCarter as a real estate appraiser and an associate broker.  Bob was a member of the American Society of Appraisers, the Pennsylvania Realtors Association and the Philadelphia Board of Realtors.

Bob married Claire Bradley in 1955.  After living in Strafford, Pennsylvania for several years, the family moved to Berwyn, Pennsylvania.

In 1965, Bob opened his own realty brokerage firm, Robert F. Carroll Co., specializing in commercial and industrial real estate.   Bob became a member of the Philadelphia Chapter of the Society of Industrial Realtors and was elected its President in 1973.

For over 20 years, Bob was on the faculty of the evening division at the University of Pennsylvania Wharton School of Business as an instructor in real estate finance.

Bob also served on the Board of Trustees of The Academy of Sacred Heart (now Sacred Heart Academy) and was instrumental in facilitating the relocation of the Academy’s campus  from City Line Avenue in Philadelphia to its current location in Bryn Mawr, Pennsylvania.

Later in his career, Bob served as a Vice President at Cushman & Wakefield in Philadelphia and then as President of syndication for Jackson- Cross Co.

During his lifetime, Bob was a member of the Bala Country Club, The Union League of Philadelphia, Aronimink Golf Club and Stone Harbor Golf Club.

Since 1973, Bob and his family were blessed to enjoy a home in Avalon, New Jersey and also enjoyed a home at Lake Naomi Club in Pocono Pines, Pennsylvania.

In lieu of flowers, donations may be made in Bob’s memory to St. Joseph’s Preparatory School, 1733 W. Girard Avenue, Philadelphia, PA 19130 www.sjprep.org

To order memorial trees or send flowers to the family in memory of Robert Carroll, please visit our flower store.