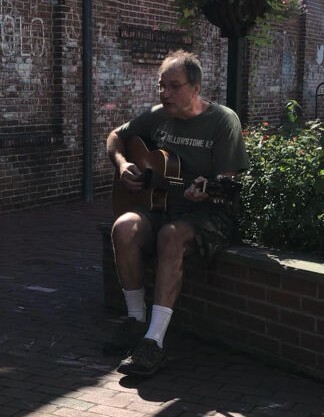 Richard David Thompson, Jr. “Richy”, passed away on July 18, 2021. He was the beloved son of the late Richard D. and Edith (nee Martin) Thompson, Sr. He was predeceased by his younger brother, George M. Thompson. Richard is survived by his loving sister Edith “Edie” Thompson Janik and brother-in-law Richard Janik.

He learned his trade as a carpet mechanic from his father and was sought after for his expertise. Everywhere he went he was known as Rich, Dicky, or Richy. He was a loyal friend, a musician, loved nature, animals, bird watching and riding his motorcycle. He will be missed by all who knew and loved him.

Family and friends are invited to pay their respects to the family on Saturday July 24, 2021 at The Knoetgen-Donohue Funeral Home 746 Kedron Ave. Morton from 12:00 PM – 1:00 PM. There will be a Memorial Service following at 1:00 PM.

In lieu of flowers the family would appreciate donations be made in Richard’s name to American Bouvier Rescue League c/o Deborah Abeles P.O. Box 689 Cheshire, MA 01225 or abrl.org/donate.html

To order memorial trees or send flowers to the family in memory of Richard Thompson, Jr., please visit our flower store.

Interment to be held privately