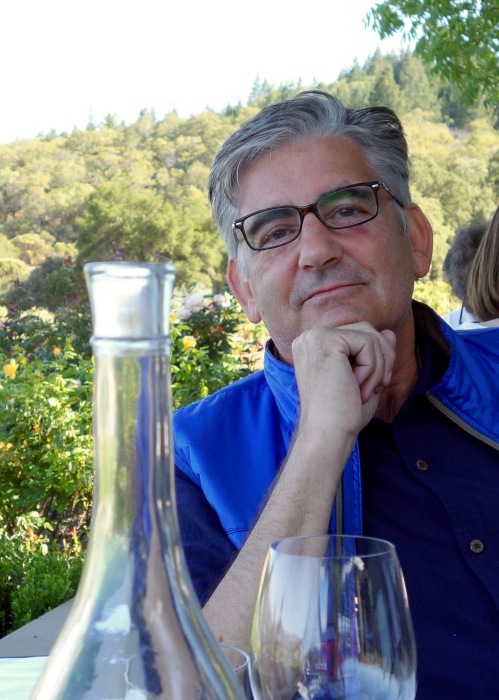 On Thursday, April 15, 2021, Richard Neumann, devoted husband, father, grandfather, son and brother, passed away at the age of 68. Richard was born on August 27, 1952 in Jersey City, NJ. Richard was preceded in death by his father, Arthur Neumann and his brother, Roger Neumann. He is survived by his mother, Evelyn Neumann, his wife Joann Neumann, his three children, Matthew Neumann, Katherine Neumann, and Olivia Neumann, his grandchildren Molly Morris and Liam Neumann, his sister Carolyn Manto and brother in-law John Manto.

Loved by their parents, Richard, his sister, Carolyn, and brother, Roger were raised in Absecon, NJ. Richard spent his youth dreaming of jamming with The Young Rascals and working at pizza joints on the Atlantic City boardwalk with his best friend, Dennis Price. Beginning a journey that would lead him to his professional passion, Richard attended UNLV, majoring in Hospitality Management.  He worked in the Casinos as a busboy, catering manager, etc. doing whatever he could to stay in the action during Las Vegas’s golden era (you may have heard his stories about the Dean Martin Roasts a few times). While in Las Vegas, he met and married his wife, Joann. Richard also met his first business partner while in Las Vegas who sent him to Seattle to check out a new concept that had piqued their interest. Richard took that concept back to the East Coast as its first franchisee; the company was called Cinnabon. That was the start of his entrepreneurial career which included opening other franchises like Ruby’s Diner, Cold Stone Creamery and Rita’s Water Ice.

While he was always proud of the success he had with his businesses, nothing gave him more joy than his family. He was a wonderful husband to Joann, a loyal friend, and the best father anyone could ask for to his three children and later as a grandfather to his two grandchildren. He was kind, understanding, never missed a practice or school event, and was probably telling Dad jokes well before they were labeled as such. He loved taking his family on trips to his favorite places, like Carmel or Lake Tahoe, but those trips were never really about the destinations; he just enjoyed any excuse to spend time with his family. He loved his doggies, especially his cocker spaniels, of which he had many in his life. Richard will be terribly missed by his family and friends.

At Richard’s request, his services will be private.  People whose life he touched are encouraged to contribute to the Francisvale Home for Smaller Animals in memory of Richard’s love for his doggies.

To order memorial trees or send flowers to the family in memory of Richard Neumann, please visit our flower store.