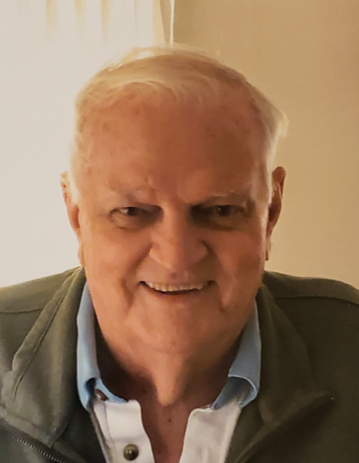 Richard “Dick” Gibbs, 86, responded to His whistle to come home on Wednesday, July 14, 2021 at his residence in Glen Mills, PA.  He was born on August 29, 1934 in Boston, MA and was preceded in death by his parents, Raymond T. Gibbs and Elizabeth (Weldon) Gibbs and his siblings, Pauline “Betty” Fraser, Raymond W. Gibbs and Elinor Marshall.

He is survived by his wife of 63 years, Claire (Noon) Gibbs, his daughters, Linda Maxwell (Michael), Joan McDonough (Matthew), Carol Primrose (Brian), his son, Richard W. Gibbs (Lisa), and his six grandchildren, Jennifer, Michael, Timothy, Robert, Brett and Derek, as well as many nieces and nephews he cared for deeply.

Raised in West Roxbury, MA, he attended Boston English High School. After high school, he began working as a Stockroom Assistant assembling bikes and other sporting good items for Sears and Roebuck Co.  His career would continue for 40 years until his retirement in 1993 as a Buyer in the catalogue division.  He made lifelong friends while at Sears and he enjoyed meeting with fellow colleagues for lunch gatherings long after retirement.

He joined the U.S. Army and served 8 years in the reserves.  During this period, he met the love of his life, Claire.  They were married on April 20, 1958 and raised their growing family in Walpole, MA until 1969 when he accepted a transfer and moved to Southampton, PA.  For the next 30 years, he was a proud resident of Southampton.  An avid tennis player with his Cedarbrook crew, he would play every Saturday at Maplewood Swim Club and then enjoyed his breakfasts at Robin Hood afterward.

In 1999, he and Claire moved to Punta Gorda, FL, where they enjoyed 20 years of warm weather and great companionship with their many good friends within the Seminole Lakes community, before returning back to PA in 2020 to be with their loving family.

In lieu of flowers, donations may be made to Shriners Hospitals for Children, Attn: Development Office, 3551 North Broad Street, Philadelphia, PA 19140.

To order memorial trees or send flowers to the family in memory of Richard Gibbs, please visit our flower store.