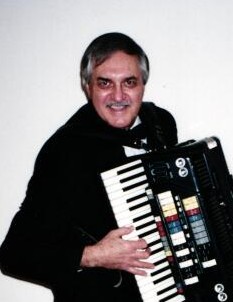 Richard A. “Dick” Szybowski, 87, of Morton, Pa passed away on April 11, 2021. He was predeceased by his parents Stephen and Stella (nee Krupinski) Szybowski and his brother Stephen.

On the surface, Richard was an easy going man who lived a simple life. The original go-with-the-flow guy, he never wanted too much of anything. Whether it was a little sandwich, a little cup of coffee, or maybe he’d like to cozy up with a warm blanket and watch a little bit of the Phillies game; whatever it was, he was quite happy and content with it. It was in this way that he navigated through life and in doing so, was able to build himself a rich, colorful, and honest life from the ground up.

Richard was a self-made man. As a young man growing up in Bridesburg, Philadelphia, he left high school to go to work to help his family. Then he went on to pursue a career in music after studying the accordion for a brief time. The band he formed took to the road and went on tour. He travelled with his band mates and saw more parts of this continent than most of us see in a lifetime. It was at this time that he started a family. He continued to play music locally and settled in a home in Southwest Philadelphia. He decided then to open the first of what would become three shoe stores. Together, with his wife, Lynda, he ran his shoe business. After his adventures in entrepreneurship, he worked as a manager of Camitta Bros. Shoes, a job from which he would eventually retire. While working there raising his family, he continued to play accordion and bring the joy of music to weddings and events around the area and to our annual family Christmas party. Later in life, he began to focus more on writing his own music and continued to do so, up until just days before his passing.

To some he was a father, a father-in-law, Uncle Dick, brother, brother-in-law, god-father, acquaintance, or maybe you knew him as the Lynne Shoes guy. He was an accordion player who loved lima beans; a composer, and a creative thinker. He was telling dad jokes before they were cool. He was a loving, dedicated and kind husband and father. He was a gentle, tender bear of a pop-pop; a wise, sensitive and generous man who was always willing to listen and offer advice or lend a helping hand. He was a man whose heart, empathy, and optimism were larger than life and stronger than his body. However your paths may have crossed with his, there is one thing we all found in him and that is a friend. It is said that the best way to teach is to lead by example. Richard Anthony Szybowski’s life resume was just that: an example of how to be generous, how to love, how to listen, how to be kind and how to be a better person in every situation. He fought the good fight and we are all better because of it. He will forever be in our hearts and in our memories.

“Don’t cry because it’s over, smile because it happened.”

In lieu of flowers the family would appreciate donations be made to St. Jude Children’s Research Hospital 501 St. Jude Place Memphis, TN 38105 www.stjude.org .

To order memorial trees or send flowers to the family in memory of Richard Szybowski, please visit our flower store.

Our Lady of Perpetual Help Church

Our Lady of Perpetual Help Church