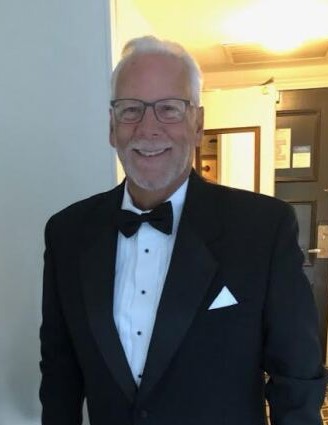 Raymond Michael Fremont, Sr., age 66, passed away in his home in Media, PA on October 24, 2021 after a long battle with pulmonary fibrosis.

Raised in Newtown Square, Ray was the son of the late Robert Frank and Clare Leona Fremont (O’Donnell) and youngest brother of Robert Fremont and the late Richard Fremont. After graduating from Marple Newtown High School, where he served as President of the 1973 graduating class, he began working with his father in the fire protection industry, making equipment out of the garage of their house. Ray, along with his father and brothers, built General Air Products, a manufacturing business that would eventually do work across the globe and employ over 75 people. As President and CEO of General Air, Ray served on numerous boards across the industry, such as the International Fire Sprinkler Association and the National Fire Sprinkler Association, where he was honored with the 2020 Golden Sprinkler Award for his lifetime contributions.

In his spare time, Ray loved to travel, golf, and share a glass of wine and a laugh with his family and friends. If he wasn’t at home or playing a round at Llanerch Country Club, you could be sure to find him down the shore, taking in the view from his deck.

He leaves behind his beloved wife Eileen (Wiess) with whom he spent 44 years raising their family in Drexel Hill, where he was always involved with sports and activities — coaching football, baseball, and being a spectator at too many games to count. He leaves behind five children — Raymond Jr., Scott (Kimberly), Margaret, Alexander (Amanda), and David (Kara) — as well as 11 grandchildren. He would insist on listing them all as they were a source of unending joy for him: Justin, Jacob, Dean, Charlotte, Robert, Maxwell, Ryan, Alexander Jr., Jane, Whitney, and Ruth. He especially enjoyed doting on his daughter and daughters-in-law, and was a proud and loving uncle to 13 nieces and nephews.

In lieu of flowers, contributions in Ray’s memory can be made to Common Voices, PO Box 162, Pleasant View, TN 37146,
(https://fireadvocates.networkforgood.com/projects/125513-main-giving-page)

To order memorial trees or send flowers to the family in memory of Raymond Fremont, please visit our flower store.