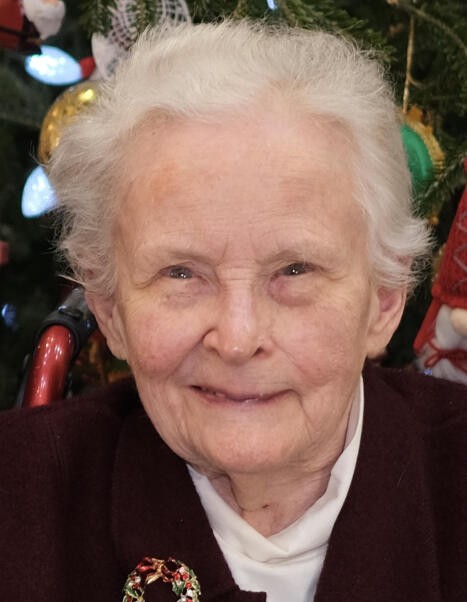 Born in Philadelphia, PA in 1931, Patricia was the daughter of the late Raymond and Elizabeth (nee Burke) Corkery. She was the Valedictorian of her 1949 graduating class at John W. Hallahan High School, and went on at age 57 to attain a degree of Associate in Arts from Santa Monica College. Patricia met her husband, William, while working as a Librarian at the Philadelphia Library. She accompanied him on most of his Army tours including residing overseas in Japan, Lebanon, Jordan and Saudi Arabia. She was a skilled sewer and quilter and an active member of The International Guild of Miniature Artisans where she attained Artisan rank for her superbly detailed sewing of miniature doll costumes. She enjoyed the friendship of other residents in Freedom Village Brandywine where she lived for the past eight years, and of many friends from doll collecting, quilting and miniatures. As a child, Patricia spent summers with relatives in Atlantic City, developing a life-long love of the seashore. When her husband retired from the Army in 1978 and worked for Northrop Corporation in Saudi Arabia, Patricia spent summers in their cottage in Avalon, NJ. She loved going on long walks on the beach and being bounced by the surf. Her family will have a private internment of her ashes at sea off the coast of Avalon.

Patricia was the beloved wife of William A. Fifer for 68½ years; loving mother of Marjorie F. Billings (Graham), Michael O. Fifer (Ellen), and David C. Fifer (Nicole); also survived by 6 grandchildren, their spouses, many brothers and sisters in law, nephews and nieces. She was pre-deceased by her sole sister, Carol (Dr. Bill Staas).

To order memorial trees or send flowers to the family in memory of Patricia Fifer, please visit our flower store.