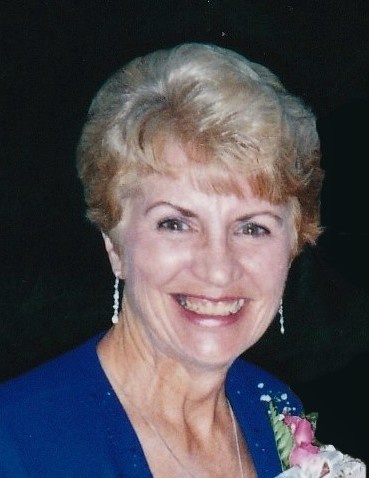 Patricia Sherry Coll, age 79, of Audubon, PA and formerly of West Chester, PA passed away on January 14, 2022 after a battle with cancer.

Born in Philadelphia, PA in 1942, she was the daughter of the late Thomas Patrick and Catherine (nee Barry) Sherry.

Pat attended Archbishop Prendergast High School where she loved being part of the shows and playing sports such as basketball and bowling.  As Pat raised her family in Drexel Hill, Woodridge, IL, and then West Chester, PA she loved leading children’s activities such as girl scouts, ice skating, and crafting.  Pat enjoyed a long career at Villanova University in numerous offices and was a life-long Villanova basketball fan.  Pat was a devout Catholic with a strong devotion to the Blessed Mother.  She was an avid reader, loved to play cards, and always looked forward to her times down the shore.

The services will be broadcast live by SS. Simon & Jude via their "Watch Live on Facebook" site at the following link at the time of the mass: http://www.facebook.com/simonandjude/live .

In lieu of flowers, donations may be made to: For Pete’s Sake Cancer Respite Foundation at https://takeabreakfromcancer.org/ .

To order memorial trees or send flowers to the family in memory of Patricia Coll, please visit our flower store.