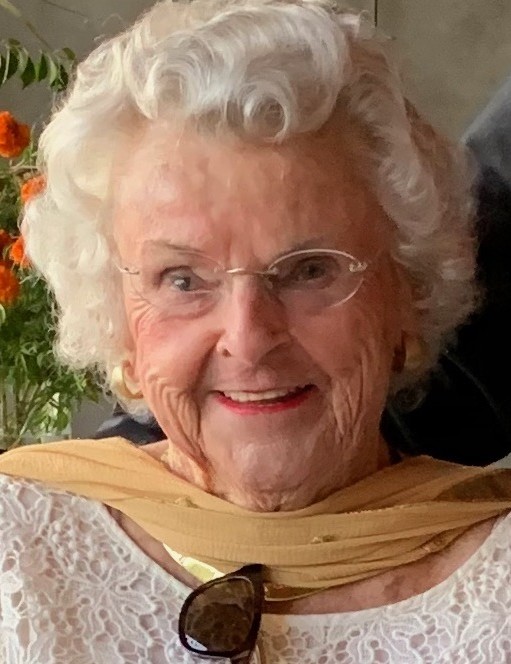 Pat was married for 49 years to the Honorable James R. Cavanaugh, Judge of the Superior Court of Pennsylvania, who passed away in 2004. She is survived by her three children, Denise Johnson (Myles, deceased) of Landenberg, Mark Cavanaugh, Esq. (Susan) of Haverford, and Martha Benintende (Bill) of Kennett Square. Pat was adored by her grandchildren, including Trevor Johnson (Sarina Dutta), Andrew Johnson, Timothy Johnson, Brien Johnson, Matthew Cavanaugh (Laura), Sean Cavanaugh, Jack Cavanaugh, Quinn Benintende, and John Patrick Benintende, and a great-grandson, James Cavanaugh. She is also survived by her sister Catherine Byron of Chestnut Hill, her brother Edward Malloy of Laguna Woods, California, and several nieces and nephews. Pat was pre-deceased by her brother John Malloy.

Born in 1931 and raised in Northeast Philadelphia’s Resurrection of Our Lord Parish, Pat was the eldest daughter of John and Rose (nee Quinn) Malloy. The family later moved to Melrose Park. Pat was a 1949 graduate of Sharon Hill Academy of the Holy Child. From there she attended Mount Aloysius Junior College and later, Chestnut Hill College, where she received a degree in Sociology and served as captain of the field hockey team as a member of the Class of 1953. After college Pat began her career as a teacher at Raven Hill Academy; she continued her work as an educator at Cecilian Academy. In 1970 she left teaching for what became a long and distinguished civil service career, joining the U.S. Census Bureau in Philadelphia. She rose to become head of the Bureau’s regional office, with responsibility for all of its people and operations in Pennsylvania, Delaware, and Maryland. Her results were so exceptional that the Bureau exported her working model to other regions to improve their organizational activities.

Following their marriage in 1955, Pat and Jim moved in with Pat’s parents on Melrose Avenue in Melrose Park, where Denise and Mark were born. They then moved in 1958 to Pastorius Street in West Oak Lane where Martha was born. In 1966, Pat and Jim moved their family to Hilltop Road in Chestnut Hill, where they raised their family. In 1980, Pat and Jim fulfilled a lifetime dream and bought a grand house on Clinton Street in Center City, where they enjoyed the luxury of being able to walk to work, dining, and theater. They eventually moved to Hershey's Mill in West Chester, where Pat -- affectionately known as Nana -- relished living in close proximity to all of her grandchildren.

Pat was a lifelong devout Catholic and for the last 30 years, she was a parishioner of St. Agnes Church in West Chester. She was a paragon of faith and a generous donor to numerous charitable causes. Above all, Pat was devoted to her family, who cherished her for her unending love, loyalty, kindness, spunk, and good humor. She enjoyed family summers in Longport, New Jersey, for many years. Pat was a voracious reader and an avid sports fan, especially of the Philadelphia Phillies. She survived two bouts of cancer in recent years, demonstrating her resilience, determination, and fighting spirit.

In respect of her wishes, there will be no public services. Cremation and other arrangements were handled by The Donohue Funeral Home of West Chester; interment will be in St. Agnes Cemetery, West Chester, where she will be laid to eternal rest alongside her husband Jim. Though their hearts are heavy, Pat’s family is so grateful for the professional, tender care she received at Chester County Hospital in her final days.

To order memorial trees or send flowers to the family in memory of Patricia Cavanaugh, please visit our flower store.