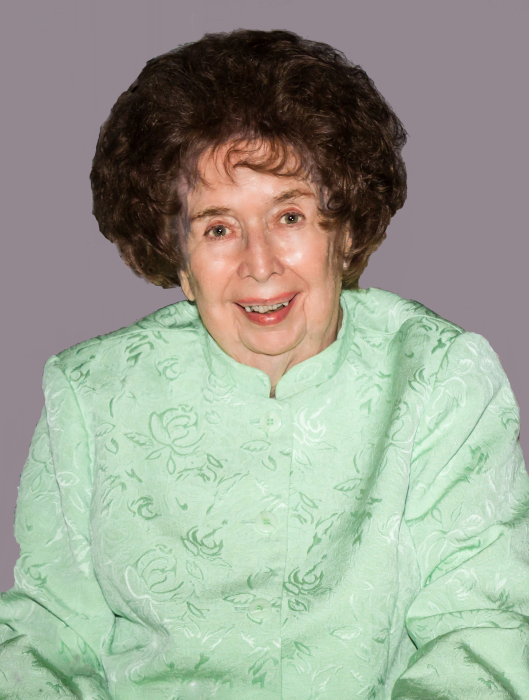 With family by her side, Patricia A. Carroll passed away peacefully at the age of 91 on Friday, April 16th in the comfort and care of her assisted living facility, Rose Tree Place in Media, PA . Patricia was born in Philadelphia as the daughter of Joseph N. Brogan and Elizabeth M. Bennett and is sister to Ann Tague who survives her.

Patricia  was the wife of the late Major John T. Carroll Jr. (U.S.M.C., Ret.) who predeceased her in 1988 and was also the beloved mother of their children Elizabeth J. Carroll D.O., Barbara E. Farrell, John T. Carroll III Esq., Michael M. Carroll and Stephen P. Carroll. In addition , she was the grandmother of seven and great-grandmother of six .

Patricia had many accomplishments including obtaining a degree in hotel and restaurant management as well as receiving her real estate license, but perhaps the roles of which she was most proud were that of a supportive wife to a Marine Corps Officer and mother of five.  Patricia relocated her family 13 times over her husband’s 23 year career and raised five children alone during four lengthy overseas deployments of her husband. As a result , she learned how to juggle many tasks by herself at a time when support for military families was not what it is today. However, one task which she never quite mastered in driving was the making of left-hand turns ---which she admitted made for very circuitous and long rides to run errands.

Patricia  suffered a stroke and fracture of the cervical spine after a severe fall down a flight of stairs in 2012 while at home. As a testament to her strong-willed resilience, she recovered to the point of being able to both walk and defiantly navigate her scooter like a champ through the halls of Rose Tree Place over the last 8 years. Patricia was quiet and very modest, but with a quick wit and was also sometimes known to boast the praises of her children and grandchildren to friends and at times even to strangers .

Patricia played the bassoon and maintained throughout her entire life a love of classical orchestra and opera music. A voracious reader, she enjoyed reading each evening with a glass of brandy typically while watching numerous news stations and debating current events of the day. All visitors were routinely greeted by either KYW News, orchestra music, or opera performances emanating loudly from her radio.  At the age of 91, Mrs. Carroll was blessed to have remained sharp as a tack and her appetite for reading resulted in frequent trips each month by her children and grandchildren to Barnes & Noble as well as visits from the librarian at the Media Library to deliver the latest novels which she had selected. Last year Patricia read a 1600 page book on the History of Islam just because she “ wanted to have a better understanding of the Islamic sects which are feuding in Iraq .” Along similar lines, she read the Sunday New York Times each week cover-to-cover to give her a broader perspective than just what she could glean from Fox News and CNN.

Mrs. Carroll always signed greeting cards and letters to family and friends with “Semper Fi” ---she certainly was always faithful and loving to her family and friends. It is only fitting to give a return “Oorah!” to a wonderful Mom, Grand mom and Great Grand mom for a life well lived.

Services and interment are private for family only due to Covid-19 restrictions.

To order memorial trees or send flowers to the family in memory of Patricia Carroll, please visit our flower store.