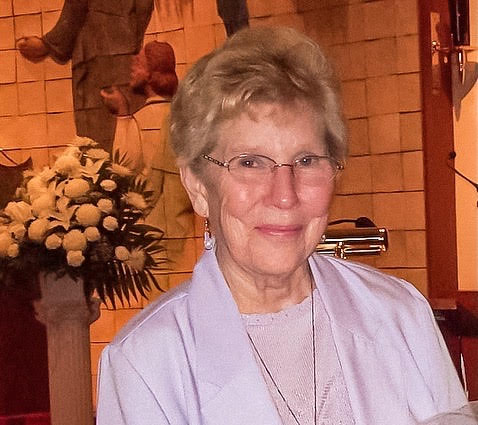 Born on January 8, 1936 in Philadelphia, PA. She was the daughter of the late Raymond and Eleanor (Pat) Porter.

Noreen was a graduate of Lansdowne High School, class of 1953. Shortly after she worked at Bell Telephone in Lansdowne. Noreen and her late husband, Felix, raised three children in their Swarthmore home. She and her husband both coached basketball at Notre Dame De Lourdes Parish. Noreen was also a basketball referee through the PIAA. She spent many years playing team tennis and managing The Victoria Racquet Club in Springfield, PA.

Noreen was a devoted member of the Notre Dame De Lourdes Parish, where she was a Eucharistic Minister and an active volunteer.

Noreen enjoyed many summers in Ocean City, New Jersey where she developed her love for tennis on the 6th street tennis courts. Many memories were shared at the shore with family and friends including playing cards, relaxing on the 2nd Street Beach, long bike rides, and singing “Show Me The Way To Go Home” after a night on the boardwalk.

Noreen was a loving wife, mother, sister, aunt, grandmother, and friend. She was the beloved wife of the late Felix Navickas; mother of Robert (Tara), Randy (Julie) and the late Richard Navickas; grandmother of Giana, Karlee, Hayden, Ryan, Benjamin, and Claire; sister of Patricia (Bill) Porter-Berit. Predeceased by her brothers Raymond (Gertrude) and Robert (Donna) Porter.

In lieu of flowers, contributions can be sent to The Alzheimer's Association or The AIDS Fund.

To order memorial trees or send flowers to the family in memory of Noreen Navickas, please visit our flower store.