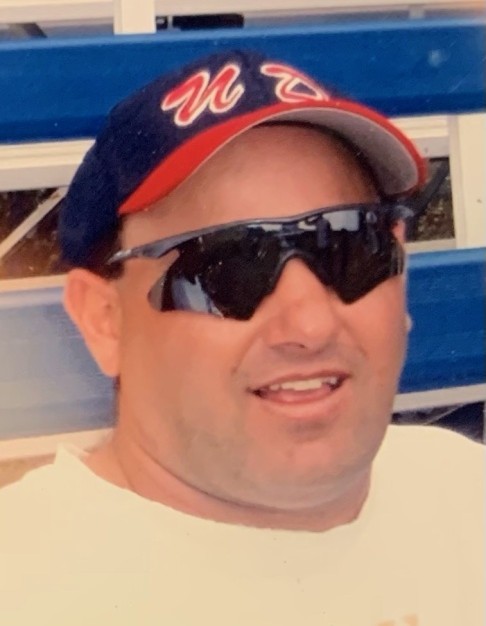 Mike was born in the Bronx, NY and moved to the Cardington section of Upper Darby when he was eight years old.  He quickly became well known for his love of the outdoors and his athleticism.  He played football and baseball but his passion was playing basketball for Saint Alice CYO. Later he participated in sports at Beverly Hills Middle School and Upper Darby High School, class of 1980, always wearing the number “10”.  He earned his nickname “Streets” early on because he spent the majority of his time on the streets of Upper Darby, hanging out with the same friends from Cardington that he has remained friends with his entire adult life.  After high school he became a union carpenter and worked for the Carpenter’s Union for 30 years.

He and the love of his life, Kim, moved to East Lansdowne to raise their two children, Michael and Danielle.  Mike coached basketball and baseball at St. Cyril’s, and baseball for Upper Darby Little League. If he wasn’t coaching, he was still at the gym or fields watching games.  He was passionate about all sports. When he wasn’t at a sporting event, dance recital or cheerleading competition, he loved spending time with his family and friends at the Clifton Pool and in Wildwood, NJ.

Mike retired in 2017 and became an avid gardener.  He was so proud of his bountiful tomatoes, cucumbers, and peppers, which he generously shared with his friends.  After retirement he also spent most of his summers at his second home in North Wildwood where he made new lasting friendships, and was considered by many as the “Mayor of 19th Street”.

Mike was a loving husband and father but his favorite title was Popi!  He loved spending as much time as possible with his grandchildren, especially at the beach teaching them to ride the waves.

Mike may have seemed like a tough guy on the outside, but he had a soft heart. He loved deeply and dearly, and was loved just as much.  He was a unique, one of a kind person, who was honest, authentic, and would do anything for anyone!! He will be missed tremendously and will live in many peoples’ hearts forever.

Mike is survived by his beloved wife Kim (O’Connor), his loving children Michael (Devon), Danielle (Mark), his adoring grandchildren, Michael, Ava, and Emilia; his mother Diane Davis, his brother Steven Cicio (Megan); and many nieces, nephews, cousins, and close friends, many of whom he considered family.

Graveside Service: Saturday, May 8, 2021 at Saints Peter and Paul Cemetery at 11:00 AM. Please meet at the Cemetery Office at 10:45 AM.  The Service will be livestreamed through The Donohue Funeral Home Facebook page.  Click here to access the video: https://www.facebook.com/thedonohuefuneralhome/videos

In lieu of flowers, donations may be made to the St. Jude Hospital for Children, 501 St. Jude Place, Memphis, TN 38105

To order memorial trees or send flowers to the family in memory of Michael Shalon, please visit our flower store.