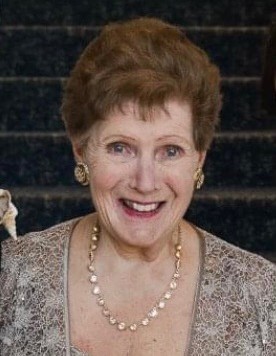 Mary Jane (Glenn) O’Neill, age 84, of West Chester, beloved wife of the late Charles J. O’Neill, passed away peacefully on April 11, 2021 at home surrounded by her loved ones.

Mary Jane was born in Philadelphia on November 3, 1936 to the late Henry and Jenny Glenn. She was a graduate of West Catholic Girls High School class of 1954. Shortly after marrying Charles, they moved to Briarcliff where they began their family. After raising her children, she worked 18 years at PSFS Bank in MacDade Mall. Mary Jane was active in the community, an avid reader, loved playing cards with her girlfriends, and was a member of St. Simon and Jude Senior Group as well as many other social groups.

Mary Jane was very generous and loved to treat her family to wonderful vacations that included countless trips to Florida, the Jersey shore, and family reunions that built memories that will last a lifetime.

Throughout her life Mary Jane was generous with her time and love, always having her door open to friends and family, ready to talk over a cup of coffee and piece of cake. She will be dearly missed by all.

To order memorial trees or send flowers to the family in memory of Mary Jane O'Neill, please visit our flower store.