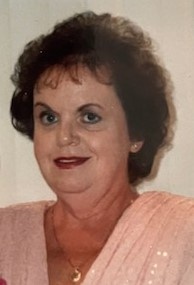 She was the daughter of the late Walter D. and Catherine (née Gerrity) Colahan.

Mary Anne grew up in Ashland, PA, and attended Cardinal Brennan High School. After graduation she went to Ashland State Hospital and studied nursing. Not only was this the first step on the journey that became her career, it is where she met her lifelong friend Diane Tribuiani. Once she graduated, she left her home in the Pennsylvania coal region and headed for New York City, where she worked at Beekman Downtown Hospital.  On one of her many weekend trips to Philadelphia to visit her friend Diane, she met the man who would be her husband, Howard “Reds” Spencer. They settled in Philadelphia and raised their family; 4 children and 11 grandchildren. Mary Anne and Reds enjoyed 54 years together until Howard’s passing in 2019. Mary Anne worked as a Nursing Supervisor for over 30 years at Delaware County Memorial Hospital, where she was named Employee of the Year. Her favorite job was being Nanna to her beloved grandchildren. She was a regular attendee at concerts, plays, and a multitude of sporting events, always cheering the loudest. She was also an avid sports fan, especially for her Phillies. She supported them through every season and watched every game until the end, no matter the score. She will be missed for her sense of humor and unwavering devotion to her family.

To order memorial trees or send flowers to the family in memory of Mary Anne Spencer, please visit our flower store.