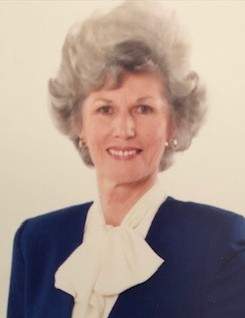 Mary Ann T. Sarles (née Sheehan), passed away peacefully at the age of 93 on August 6, 2021 with her son, Scott & daughter-in-law, Dawn by her side, in their West Grove, PA home.

She was born in Stamford, Connecticut to the late Jack J. and Jane L. (née Lenane) Sheehan, Sr.

Mary Ann was wife of her beloved late husband, Peter M. Sarles, with whom she shared 55 years of marriage.

Mary Ann became a Public School Teacher in Missouri in 1960. She was a Library Assistant at the elementary & middle schools in Unionville, PA from 1972-1979 and worked as Supervisor of the CCIU from 1979-2001. She was also employed by Bloomingdales in King of Prussia from 1981-2013, where she became Assistant to Department Manager in 1983.

Mary Ann loved to entertain in her home, being around others & having great conversations. With her positive outlook on life, she was always very encouraging to so many. She had such a wonderful personality, with a smile that lit up any room she entered and a huge heart, often going out of her to love, care & give to so many in her lifetime.

Mary Ann truly enjoyed traveling around the world with her best friend of 61 years, Evelyn Gabrielle. They met at Endicott for MIT in Boston, Massachusetts standing by a piano while gathering for huge Sloan fellowship program, where their husbands were chosen of only 45 in the entire world. They’ve remained best friends since.

In lieu of flowers, contributions may be made to the Dementia Society of America, PO Box 600, Doylestown, PA 18901, https://www.dementiasociety.org/donate .

To order memorial trees or send flowers to the family in memory of Mary Ann Sarles, please visit our flower store.