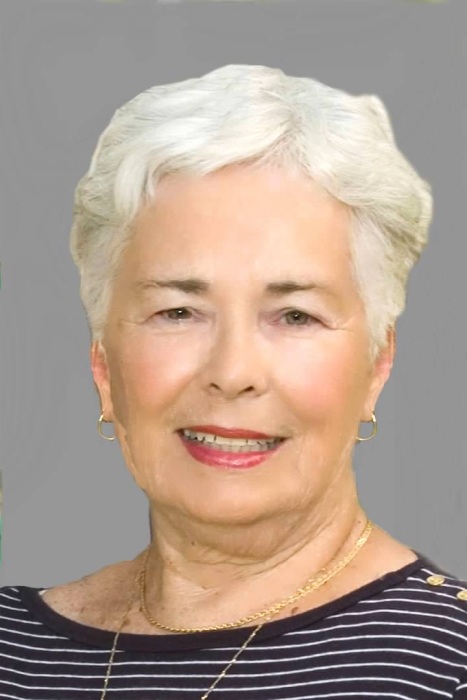 Mrs. Edgcumbe spent most of her childhood living in the Philadelphia suburbs. Due to her father’s employment, the family moved a few times, living in Boston, Mass., Albany, N.Y., and in the Philadelphia suburbs of Upper Darby and Havertown. She graduated from Notre Dame Catholic Girls High School in Moylan, Pa., near Media, in 1949. After working for one year, she entered Fitzgerald Mercy Hospital School of Nursing in Darby, Pa., graduating in 1953.

After working in nursing for five years, she married “Cliff” in 1958 and began her second life as a wife and mother. The family lived in the Drexel Hill section of Upper Darby Township. After her three boys reached high school age, Mrs. Edgcumbe went back to work part time as a nurse. She spent most of those years working for the Sisters of Mercy at McAuley Covent in Merion, Pa.

In retirement, Mrs. Edgcumbe enjoyed spending time with her family, friends, and later with her grandchildren. She enjoyed several trips abroad with her husband, including England, Ireland and France. She and her family also enjoyed summer vacations in Sea Isle City, N.J.

A frequent companion both locally and in Sea Isle City was her dear friend and sister-in-law the late Susanne Remy. The Edgcumbe and Remy families spent many holidays and vacations together.

Mrs. Edgcumbe was an active parishioner at St. Dorothy Church in Drexel Hill for many years and, later, at St. Mary Magdalene Church in Media. She also stayed active with high school and nursing school alumni groups. Later in her life, she was an active member of the retirement community at Lima Estates.

A recording of the Funeral Mass can be found at https://www.dropbox.com/s/lwf1q29yh8fvren/Mary%20Edgcumbe%20Funeral%20Service.mp4?dl=0

A memorial mass will be celebrated at a later date.

Contributions in Mary’s memory can be made to McAuley Convent, 515 Montgomery Ave., Merion, PA 19066.

To order memorial trees or send flowers to the family in memory of Mary Edgcumbe, please visit our flower store.