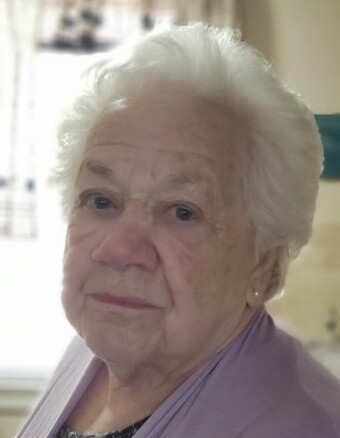 Daughter of the late Edigio and Edith (nee Cinell), Marion was predeceased by her husband, Joseph. Our mother was always a superwoman she had a difficult life who at the age of 18 took care of her dying mother. Our father who became ill in 1966 and passed in 1974. She devoted 100% of her life raising her three children. She will be also reunited with her grandson James Jr. who passed in 2015. Diagnosed with cancer a few months ago, and courageously decided to not undergo debilitating treatment. She managed her illness and its outcome with grace and dignity and now resides in the healing arms of her Creator.

Friends and family are invited to her Visitation at The Knoetgen-Donohue Funeral Home on Friday, April 23 from 9-10 AM followed by her Funeral Mass at 10:30 AM at Our Lady of Fatima Church, 1 Fatima Drive, Secane, PA.

Guests are to wear masks when visiting the family at the Funeral Home and Church and social distancing is to be observed.

To order memorial trees or send flowers to the family in memory of Marion Castiglioni, please visit our flower store.

Our Lady of Fatima Church