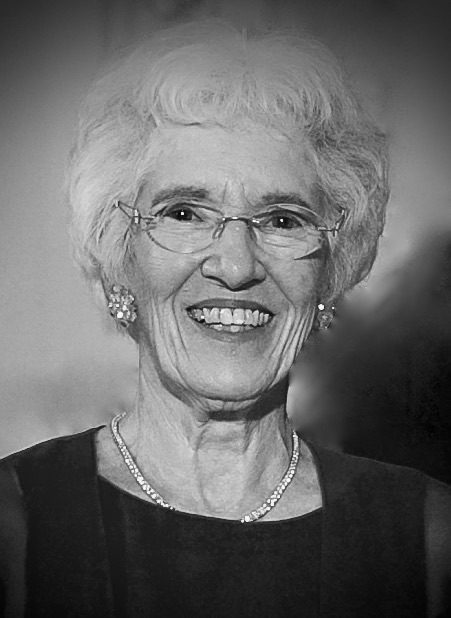 Marilyn “Willie” Phillips, 87, died March 31, 2022, in the loving company of her husband, family, and the dedicated caregivers at White Horse Village in Newtown Square, Pennsylvania.

Marilyn was born October 9,1934 in Cleveland, Ohio, to Alice Caroline West and Rhys Elias Williams. She was raised and educated in the Ohio suburbs of Cleveland Heights and Shaker Heights. Her parents divorced in 1940, and her mother remarried in 1942 to William “Lennie” Leonard Droege, who quickly became Marilyn’s treasured stepfather and someone she called “my hero”. As Marilyn described him, “He worshipped mother, and as far as I was concerned, life was good and all we needed now was a dog.”

Marilyn loved her time as a student in the Shaker Heights schools. She was close to her maternal uncle, Bill West, his wife Helen West, and her cousins Sally, Margie, and Bill West, Jr. They all spent summers together at The Laurel River Club, a family get-away in the wooded hills of West Virginia. Marilyn also spent many childhood summers at Camp Wapomeo in Canada’s Algonquin Park, where she learned to regale others with camp songs, many of which stayed with her for life.

Marilyn was an avid reader and an accomplished artist. Throughout her life she continually educated herself and taught herself new techniques with watercolor, acrylics, pen and ink, needlepoint, and other crafts. Her lifelong passion for visual arts began early and was formalized when she graduated in 1956 from Skidmore College with a bachelor’s degree, with highest honors, in art. During her freshman year at Skidmore, she agreed to a blind date with a visiting gent from Dartmouth College who would soon become her lifelong partner.

On June 23, 1956, she married Sanford “Sandy” Ingles Phillips, an aspiring petroleum geologist who first completed ROTC duty in the U.S. Air Force. They lived at Wright Patterson Air Base in Dayton, Ohio, but her marriage would soon lead her on a lifelong adventure that spanned more than six decades, four continents, and 25 home locations around the world. She made homes in Carmi, Illinois; Miles City, Montana; Pittsburgh, Pennsylvania; New Orleans, Louisiana; Tripoli, Libya; Stavanger, Norway, Westlake Village, California; Jakarta, Indonesia; Guangzhou, China, and Houston, Texas. As Marilyn put it, “I became skilled at packing a suitcase and taking inventory.”

Marilyn responded to the global adventure with remarkable resilience, commitment to family, and an open heart for local people and cultures. Her artwork allowed her to interpret and adapt to new places and people. Her self-driven artistic tutorial was always personal, never commercial; always experimental, never quite finished. It was her lens for seeing new places in a way that others might miss, and it allowed her to endure the challenges of living with a nomadic Exxon geologist while raising a family along the way.

After a 34-year whirlwind “oil patch” lifestyle, she and her husband enjoyed their retirement in Houston, Texas (3 years), Savannah, Georgia (15 years), and ended up closer to family in Newtown Square, Pennsylvania (11 years). Every summer they relaxed and regrouped in the cottage country of the Georgian Bay in Ontario, Canada – a place Marilyn described as “Paradise North.” There she created soothing watercolor images of sweeping pine trees, blue waters, and enduring granite islands.

Marilyn is survived by her husband Sanford I. Phillips, her sister Ann Cathcart, her son Christopher Phillips and wife Vicki (Brown), and her daughter Lynn Hernandez and husband Bruce. She also is survived by five grandchildren: Jennifer French, Amy Slowick, Nicholas Phillips, Sarah Brown, and Carolyn Hernandez – along with three great-grandchildren: Ella Brown, Tucker Brown, and Sydney French. As Marilyn wrote, “Family was a very important part of my life.”

A family gathering to celebrate her life will be planned this spring. Memorial donations may be made to www.greatlakesbasinconservancy.org, with a note to forward to the Georgian Bay Land Trust in Canada.

“As I look back, I find that my years have been a great mix of friends and family with a lot of travel thrown in to spice it up.”
-Marilyn W. W. Phillips

We think the sun may shine someday when we'll

drink wine together and think of what used to
be: until we die we will remember every

single thing, recall every word, love every
loss: then we will, as we must, leave it to

others to love, love that can grow brighter

and deeper till the very end, gaining strength

and getting more precious all the way.