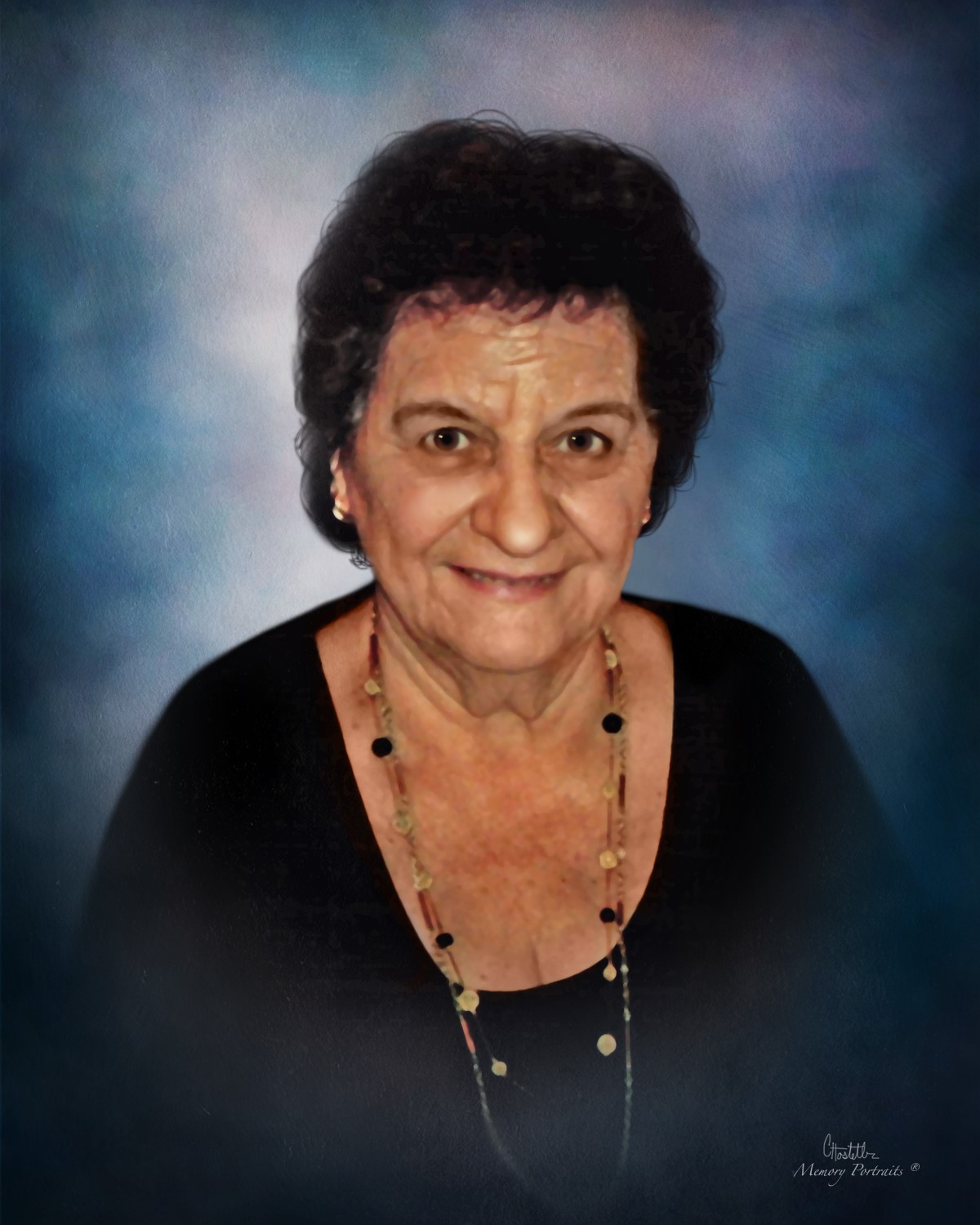 She was the daughter of the late Louis Gallo and Mary Gallo (nee Stalfieri).

Mom was born in 1925, in Philadelphia, PA. She was one of seven children. After completing high school, she began work as a stenographer with an Insurance Company. She met the love of her life when she was fourteen years old; Dad at the time was 16. I recall somewhere she wrote that she fell in love with his blue eyes. Their relationship lasted for 79 years, 71 of those years in marriage, a rare and impressive milestone.

Mom was a curious person. I remember as a child, her many trips to New York to see a Broadway show. We would be as excited as she was, but only because she would bring us trinkets from New York. Mom was an avid reader…reading 3 maybe even 4 books a week, for as long as I can remember, even as recently as a few months ago. She was a wiz at keeping account of finances, down to the …penny! I think she would likely win a prize for keeping the most accurate checkbook ever. I also remember her diversified collection of delicious recipes, which no one could quite duplicate, despite many attempts.

Mom also had a few different roles during her working life, which began after high school, then resumed again after raising her family, with a position in the local real estate office as an office administrator. I think, though, she valued none so much as her role as a wife and partner to my father and the role of being our mother, and a grandmother to seven grandchildren. A few of her grandchildren recently recalled the love and warmth which they felt whenever they were at their home…citing many instances, in which they felt loved and most important. I know all of her grandchildren and great grandchildren experienced that same love and warmth. I know we, as her children did as well. Mom had a knack for making you feel loved & important. She never forgot a birthday, she was sure to cook your favorite meals, and she was always there to listen and provide some consolation or advice, and do whatever was in her realm of accomplishing, if you found yourself in need of help.

She was an exceptionally passionate woman. Always a great smile on her face. She and my father were dedicated to their family and we feel so very fortunate to have had mom’s love in our lives for so long. She illuminated our lives: we will never forget the loving ways of our mother and will cherish her in our hearts for an eternity.

In lieu of flowers, memorial contributions to Delaware Hospice, 100 Patriots Way, Milford, DE 19963, would be appreciated.