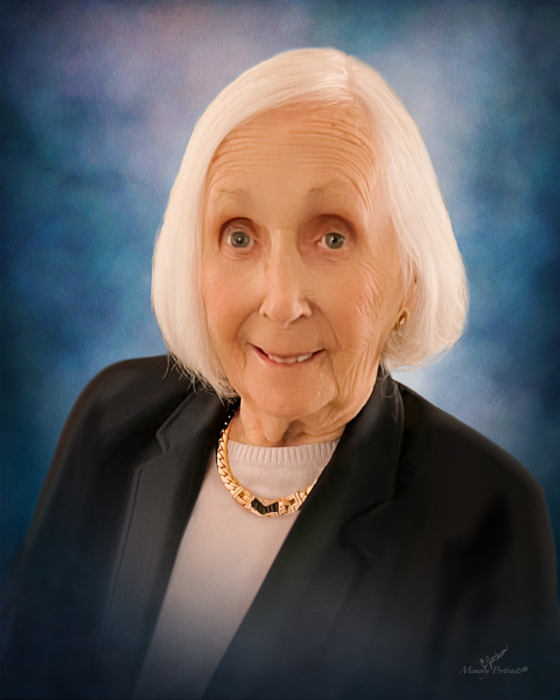 As the sun burst through the clouds about 3:15 on Sunday, January 2, 2022, the Feast of the Holy Family, Madeleine Sophie O’Callaghan, a retired nurse anesthetist, who had recently celebrated her 90th birthday, slipped peacefully away at Pennsylvania Hospital in Philadelphia PA.

The youngest child of William O'Callaghan and Helen O'Sullivan, she was born in Philadelphia on October 10, 1931. After attending St. Madeleine Sophie School in Germantown, she graduated from Little Flower High School for Girls in 1949. She did nurse’s training at Misericordia Hospital in Philadelphia and after receiving her RN in 1952, studied anesthesia at the Graduate Hospital of the University of Pennsylvania and received her diploma as a certified nurse anesthetist in 1954. In addition to working as a nurse anesthetist in various hospitals, she also served on the SS Hope, a hospital ship maintained by Project Hope, during its fifth voyage to Nicaragua from January to November 1966. The nurses and doctors taught their medical specialties to local doctors and students around the world. Her colleagues admired her cool proficiency at her task. On returning home, she continued to work as a nurse anesthetist until her retirement. Thereafter, she studied Latin and music at Temple University and received her Bachelor’s Degree in 1980 and her Master’s Degree in Music Studies in 1984. She especially admired the work of the French composer, Olivier Messiaen, and treasured his response to her letter conveying her compliments. She also took a keen interest in the activities of the former French royal family.

In addition to her parents, she was predeceased by her sisters Margaret (Duffy) and Helen (Gibbs), and her brothers John, Father Michael, OFM, Father Denis, a priest of the Archdiocese of Philadelphia, and William, Professor of Philosophy at St. Norbert College, De Pere, Wisconsin. She is survived by her brother, Joseph F. O’Callaghan, Professor Emeritus of History at Fordham University, and fourteen nieces and nephews.

In recent years, given her age and failing health, she received the daily care of home health aides provided by Bayada Home Health Care. Her family is eternally grateful for the kindness and tenderness shown to her by the many aides who helped to make her last years comfortable and happy.

There will be no calling hours.

The Funeral  Liturgy will be scheduled at a later date.

To order memorial trees or send flowers to the family in memory of Madeleine O'Callaghan, please visit our flower store.