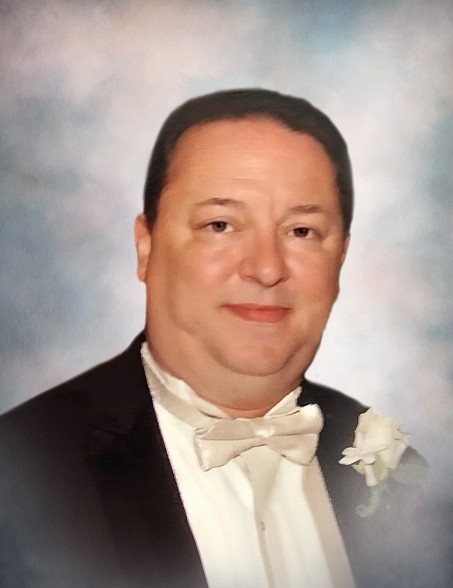 Luke Daniel Heavens of Drexel Hill passed away on January 26, 2022 at Riddle Hospital after a brief illness.

Born December 18, 1961 in Ridley Park, Pennsylvania, Luke attended Nativity BVM in Media, and was a 1980 graduate of Penncrest High School and later graduated from the Restaurant School of Walnut Hill College.

He was predeceased by his parents John and Margaret Heavens, and his brother Gerald in 1954.

Luke was a devoted husband and brother. He was especially caring for his brother Mark over the years, sharing his warmth and humor with his beloved older brother who adored him.

Luke was currently serving as a Program Director for Elwyn Behavioral Health, his passion for helping those with intellectual disabilities inspired by his dear brother Mark. He was previously employed by Cardinal Krol Homes (Don Guanella) in Springfield. He was also an accomplished house painter and chef.

Luke had a wide range of hobbies and interests, especially gardening and cooking. He loved many genres of music, from the Grateful Dead to Dan Fogleberg. He was also an avid Philadelphia sports fan who especially loved hockey and the Flyers. He was a proud uncle when he visited the rink to watch his nephew Patrick play.

In his younger years, Luke was also a skilled athlete, starring in track and football. He won numerous medals as a member of Nativity CYO track team at the Penn Relays and played CYO basketball as well. And despite his small stature, he played far bigger than his size as an aggressive and tough football player – lettering for track and football at Penncrest.

He drove the winning car in the first heat of the inaugural Media Soap box derby.

In 1980, he joined his brother Matt for a stint on the Media Rugby Club to add to his diverse sports resume. And to add to it, he was also a skilled roller skater, spending countless hours skating and playing street hockey in the streets of Media.

Luke was the consummate animal lover and enjoyed the outdoors. He was especially fond of his pets Teddy, TJ, Chloe, Thumper, and Ginger. He was fascinated by all-things nature, and days at the beach would be spent sifting the sands for shells and shark teeth.

Above all Luke's talents, creativity, and curiosity – from the field to the kitchen– Luke was a beloved member of the special needs community.  That's what mattered to him most. If you spent any time with Luke and his "guys of CK" and "girls of DVP" or his clients at Elwyn, you could see and feel the love and adoration they had for him.

Luke would often DJ their dances. It was at a Valentine's dance where he met his love Tierney, a fellow staff member serving those with intellectual and developmental disabilities.

His optimism through life was contagious wherever he went, bringing joy and happiness to any room. But Luke will be remembered most for his compassion, and his life's purpose to help those in need.

To order memorial trees or send flowers to the family in memory of Luke Heavens, please visit our flower store.