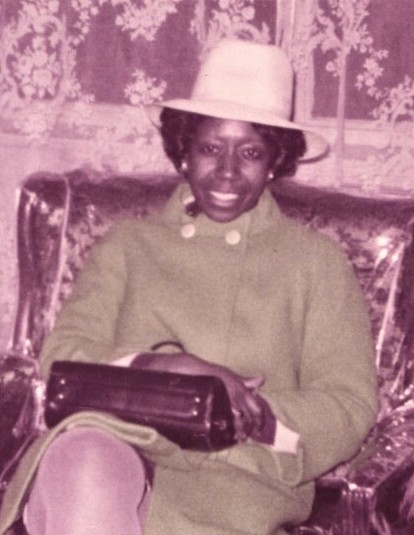 Mrs. Louise Inez “MiMi” Colonel, daughter of the late John and Lydia Wallace, was born July 8, 1932 in Charleston, South Carolina. She was the youngest of 5 siblings. She attended primary school and high school before moving to the Harlem section of Manhattan, New York.

It was there she met and married her late husband Harold Colonel. The couple raised their two children, Donnice and Derek Colonel in Brooklyn, NY, where the remainder of their lives were spent. She was guided in faith of Southern Baptist Christianity. She worked and retired from New York City Transit. Louise may have been reserved in manner, but her presence spoke volumes as her contagious smile warmed the hearts of those dearest to her. Hence her retirement, some of her hobbies included weekly strolls Downtown Brooklyn alongside her older sister, completing crossword puzzles, and sitting in her favorite chair, on-looking her neighbors and pedestrians from her kitchen window.

On May 3, 2021, at the age of 88, the beloved Louise I. “MiMi” Colonel was called home to Heaven as her beautiful life will forever be cherished in lives of her children: daughter, Donnice Colonel-Matthias and son, Derek Colonel; her son-in-law: Jeoffrey Matthias; her grandchildren: Chalik Matthias and Richard Matthias; her great-granddaughter: Paityn Matthias; her brother: John Wallace; her sister Geneva Wallace; and a host of nieces, nephews, cousins, and friends.

Heaven has gained a beautiful angel. May her soul rest in peace.

Family and friends are welcome to join us in honoring Louise in solemn remembrance at her Graveside Service, held at Mount Hope Cemetery, 50 Jackson Avenue, Hastings on Hudson, NY 10706, on Wednesday, May 12, 2021 at 11:30 AM.

Louise's Graveside Service will be livestreamed at https://www.facebook.com/thedonohuefuneralhome/

To order memorial trees or send flowers to the family in memory of Louise Colonel, please visit our flower store.