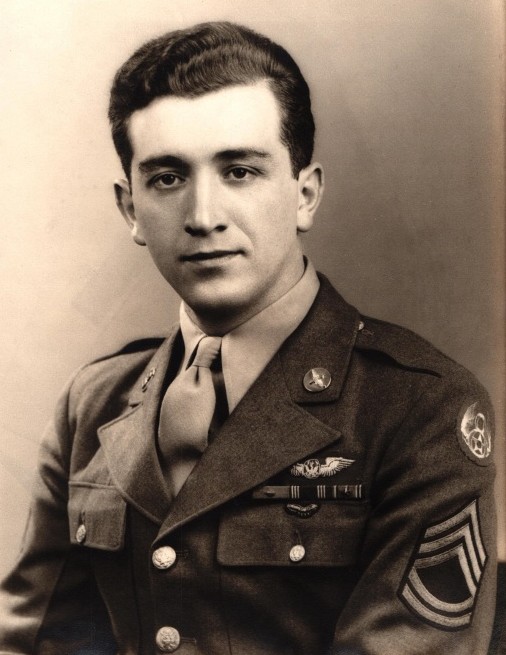 Born in Philadelphia, PA, he was the son of the late Louis and Ersilia (nee Giuliani) Mostardi.

Louis was a graduate of Delaware Valley University and majored in Horticulture.  He was the part owner of Mostardi Nursery, a garden center, located in Newtown Square.

Louis served his country honorably and courageously in the U.S. Army during WW II as a radio pilot with the “Sioux City Queen” B-17, part of Bomber Group 388 at the Knettishall Airfield in England.  His bomber was shot down near Bordeaux, France, causing Louis and other crew members to bail out over land. Louis and part of his crew were MIA and spent the next six and a half months being hidden by a French family in Bordeaux, France.  Thankfully, Louis and other airman were able to move to Bayonne where they were flown to England and then back to the United States.   Louis was re-assigned stateside in Texas, and while in a Dallas PX met his wife, Winnie, of 74 years.  Louis and Winnie, enjoyed many years traveling throughout the U.S.A. in their motorhome.

Louis was the beloved husband of Winnie Jane (nee Terry) Mostardi; the loving father of Stephen Mostardi (Cecelia) and Deborah P. Gray; the proud grandfather of Michael and Paul Mostardi, Christopher Gray (Jessica), and Jennifer Shields (Ryan), and the great-grandfather of 4.

In lieu of flowers, contributions would be appreciated to Little Sisters of the Poor, 5300 Chester Ave., Phila., PA 19143, www.littlesistersofthepoorphiladelphia.org .

To order memorial trees or send flowers to the family in memory of Louis Mostardi, please visit our flower store.