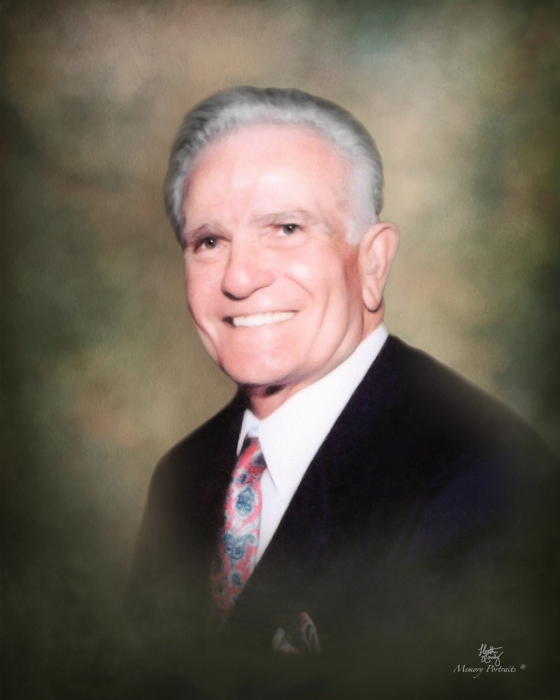 Born on October 20, 1932, he was the son of Joseph and Assunta(Palmisano)Ludovico. He is now reunited, with the love of his life, “his bride” , Josephine, to whom he was married to for 70 loving years, and his beloved late son Louis Jr.
Louis is survived by his loving children, Valerie Ludovico, Denise Daniels, William Ludovico(Donna), and his daughter-in-law Judy. He was the adored grandfather of Kimberly Greer(Kevin), Jeffrey Daniels, Concetta Gorr(Michael), Gregory Daniels(fiancée Francesca), Daniel Ludovico(Kari), Christina Ludovico, and Cara Ludovico, and great grandchildren Kaylee and Kiera Greer, Carter Gorr, and Colton Ludovico.
He was predeceased by his wife, Josephine, son Louis Jr., his brother Leonard, and sisters Clementine and Rose.
Louis was a devout Catholic. He attended West Side High School in Newark, NJ, where he played baseball and football. He was honored by being named Newark “All City” in baseball as a shortstop, and was Captain of the football team. He proudly served his country during the Korean War. He worked for the Hoover Company, starting out as a young salesman, and worked his way up to Regional Manager. He was an avid Philadelphia Eagles fan, and a Season Ticket Holder, who enjoyed attending the games. Louis was an excellent tennis player. He won many medals, including Silver Medals, in the Senior Olympics, for his tennis skills. Louis enjoyed spending time at the casino with his wife Josephine. He loved his family and friends.
Above all, he gave us the greatest example of true love and devotion in marriage, was a devoted and loving father, and gave of himself with kindness and a loving heart. He will be forever missed.

To order memorial trees or send flowers to the family in memory of Louis Ludovico, please visit our flower store.