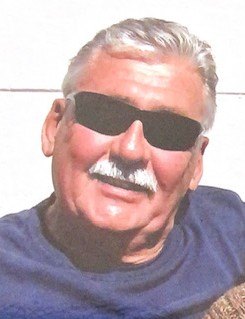 Born on August 26, 1946 in Birmingham, AL, he was the son of the late Erwin and Laura (nee Knight) Atkinson. Having spent most of his young life in Alabama, he was a diehard Alabama football fan, and he passed on his love for the team and their traditions to all of his family.

Lou served honorably in the U.S. Army during the Vietnam War as a Ranger in the 82nd Airborne Division (ALL THE WAY). He was a devoted patriot and he loved his country. He lived his entire life guided by a strong moral compass and passed on his values and love of country to his kids and grandkids, a gift they will always cherish. Lou was very proud of his grandson, Louie, for his patriotism and the way he honored his family members that served with his military display in his bedroom.

Big Lou retired from Ikon Office Solutions, where he worked as a technician and made many friends in all the buildings he serviced.

Lou was an avid fisherman and hunter who spent most weekends on the Susquehanna River with his dogs (Scooch and eventually Chessie) and his son, Lou, Jr. He will be reunited in Heaven with his long-time friend and fishing partner, Tom Snyder.

When Lou wasn’t on the river, he could be found somewhere on a football field; whether it be coaching for the Drexel Hill Raiders (in the 1980’s), watching his daughter, Alexis, cheerleading for the Drexel Hill Raiders and the Upper Darby Royals, or proudly watching his son play football at Upper Darby High School and Wilkes University (where he always sat in the top row of the bleachers on the 50-yard line). He never missed one of his children’s games or competitions. During the time he spent living in Florida, he would watch and cheer for his grandsons, Nick, Phil and Luke, on the gridiron. Lou even traveled to North Carolina to watch his granddaughter, Emma, swim at YMCA Nationals and recently had the opportunity to take in a lacrosse game in Maryland, where his grandson, Louie, played against one of the best high school lacrosse teams in the country.

During the time he lived in Florida, Lou took advantage of his surroundings and the time he had with his grandsons. Poppy taught Phil and Luke how to fish; they spent many hours on John’s Lake, where Phil caught his first gator gar and Luke caught his first bass. Nick and Poppy would spend nights on the lake catching countless numbers of crappie and many weekends cleaning and fixing the boat.

In the summer months, Lou would faithfully vacation with his family in Lake Harmony, PA. Many great memories were made at Split Rock Resort and all of his grandchildren thoroughly enjoyed their time on Poppy’s boat, his beloved Nitro. He taught his grandson, Nick to drive the boat at an early age and instilled in him a love for all things mechanical; Nick was Poppy’s right-hand man. Poppy made countless laps around the lake pulling his grandkids, Emma and Phil on the tube and teaching them how to wakeboard.

Relatives and friends are invited to his Visitation 5 PM to 7 PM, Wednesday, September 29, 2021 at The Donohue Funeral Home 8401 West Chester Pike, Upper Darby, PA 19082, followed by his Memorial Service at 7 PM. Interment Private.

To order memorial trees or send flowers to the family in memory of Louis Atkinson, please visit our flower store.