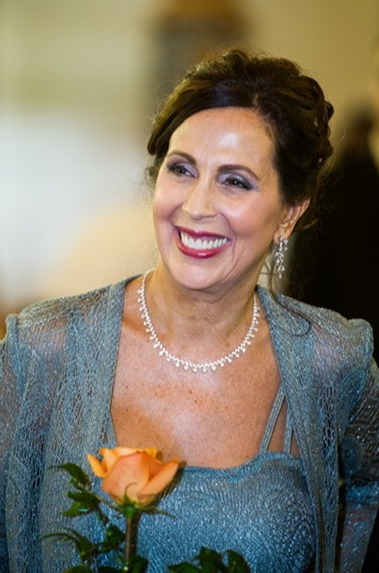 The world lost a beloved daughter, wife, mother, and grandmother, Lizanne Grosse Ritrovato, age 64, on April 2, 2022 in West Chester, PA. Lizanne passed away surrounded by her loving husband, Dennis, and her four children, Shelby, Jesse, Scott, and Tyler. Lizanne was born in Lansdale, PA on June 21, 1957, and she always had fond memories of riding horses with her father, Ken. Lizanne attended Bucknell University where she earned a degree in Psychology, followed by a master’s degree from Temple University. She worked as a School Psychologist at the Elwyn Davidson School where she helped kids of all ages and disabilities. In addition, she ran her own private practice in Westtown until her health condition due to Fibromyalgia made it too difficult to continue working. She met her husband Dennis at Elwyn and they were married for 36 years.

Lizanne was a dedicated mother, first and foremost. She treasured her children and embraced every moment with them. She especially loved her role as a devoting and doting Mom-Mom/Grand-mère to her grandchildren Leo, Lucas, Myca, Miles, and Torin. She was a smart, funny, loving and kind soul who always asked you first, “How are you doing?”. She also shared her love of travel and the beach with her husband, creating countless memories in Ocean City, Sanibel Island and trips across Europe. Just recently, Lizanne was delighted to celebrate the marriage of her son Tyler to Liza among family and friends in Florida. Lizanne is survived by her husband Dennis, father Ken and his wife Ginny, brother Jeff and his wife Hope, her children and their spouses: Shelby, Jesse and Carrie, Scott and Ashley, Tyler and Liza, plus five (soon to be six) grandchildren and her many nieces and nephews. All of whom she loved and touched deeply. She was preceded in death by her mother, Nancy Clayton Grosse.

Friends are invited to say a final goodbye to Lizanne at The Donohue Funeral Home, 1627 West Chester Pike, West Chester, PA on April 6th from 7 to 9pm. A private funeral will then be held surrounded by immediate family.

In line with Lizanne’s wishes, the family requests that in lieu of flowers, donations be made to the Juvenile Diabetes Research Foundation (JDRF) in honor of her son, Tyler, and grandson, Leo.

To order memorial trees or send flowers to the family in memory of Lizanne Grosse Ritrovato, please visit our flower store.