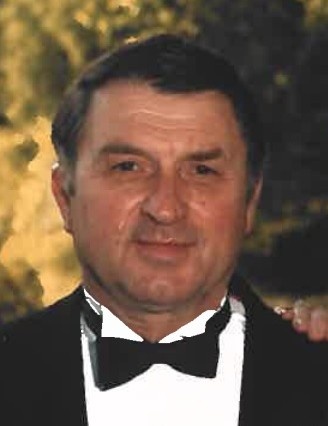 Born December 19, 1931 in Wareham, MA, he was a son of the late Joseph and Alfonsina (nee Ferioli) Bacchieri who were immigrants from Italy. Leo proudly had his beloved parents added to the Wall of Honor for immigrants at Ellis Island in 1989.

Leo was a graduate of University of Massachusetts and obtained his MBA from the University of Michigan. He served honorably in the U.S. Air Force, most memorably his assignment with NATO in Paris, France, and at the Pentagon in Washington D.C.  He received the Legion of Merit award, Meritorious Service Medal and Air Force Commendation Medal while serving his country.

Leo was an avid sports fan, especially of baseball, rooting for the Red Sox and New England Patriots. He also played baseball in high school and soccer in college, having been scouted for the MLB and later playing softball with the over 60 team in Englewood Fl well into his late 70s. He and his wife enjoyed retirement and spent 6 months a year at their waterfront home on White Island Pond in East Wareham, MA where they loved their nightly “Booze Cruise” in the Boat and the other 6 months in their Englewood, FL. Home. How he loved his nightly martini!

Services are pending to a later date as he will be laid to Rest in Wareham MA next to Carole.

In lieu of flowers, contributions may be made to St. Jude Children's Research Hospital, 501 St. Jude Place, Memphis TN 38105.

To order memorial trees or send flowers to the family in memory of Leo Bacchieri, please visit our flower store.