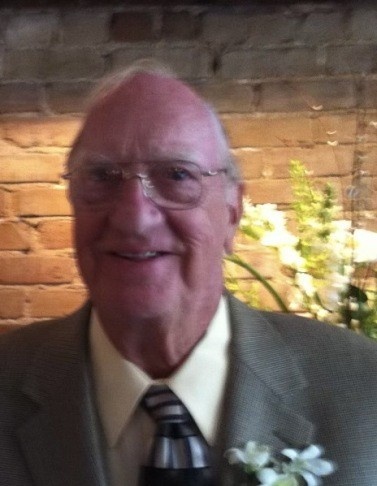 Lawrence Edward Bridge, 91, of Freedom Village, Coatesville left this earth to be with his Savior on July 11.  He was born in Latrobe, PA to Lawrence F. and Lillian A. (Noel) Bridge on August 20, 1929.  He worked in the steel mill and graduated from Latrobe High School and enjoyed a lifelong friendship with his classmate, Arnold Palmer.  He served in the U.S. Navy from 1948 to 1952.  He married Flossie Marie Palmer in June 1953 and follows her in passing.  He is survived by his six children, Patricia L. Bohn (Bob DeSanto), Jerome F. Bridge, Lawrence M. Bridge (Kim Meyers), Virginia A. Koehler (Andy), Diana L. Brink (Mark), and Edward B. Bridge (Lisa), along with 15 grandchildren and 14 great grandchildren.

Larry joined General Electric Company and, with his loving wife and growing family, moved to many different places in the United States during his life as his career blossomed.  Most of his six children were born in different areas of the country.  He learned how to fly a plane in Alaska and worked on early renditions of computer systems with Honeywell.  In his quest for knowledge, Larry went back to college and graduated with a B.S. in 1983. His experiences early in his life guided Larry to be a saver.  At 58, he retired from his formal career but not from life.  He embraced the second half of his life, fulfilling it with grandchildren, as a starter at Downingtown CC and many trips to watch his youngest son play sports.  Larry loved being involved in his community.  He umpired in local baseball leagues, MC’d local parades and festivals, was extraordinary minister in SS. Simon and Jude Parish, and entered local politics in retirement.  He was a self-less and generous person, giving of his time and talents as a volunteer in his community and church.    Larry and Flossie eventually retired to Bluffton, SC where Larry enjoyed playing golf and cards and, as always, tinkering in his garage.  Larry loved being called Pop Pop and embraced his role as the mischievous grandfather.  Larry and Flossie surrounded themselves with their family at the holidays including Easter egg hunts, summer picnics, and grandchildren-only New Year's Eve slumber parties.

Larry will be remembered as a kind and loving person, with an unwavering faith in Jesus Christ.  He never missed a Sunday mass and would often attend church during the week as well.  His strong faith led him to lead a long, holy and fruitful life.  No matter where he went, he made an impact on the people he encountered.  Larry will be greatly missed by many.

In lieu of flowers, donations can be made to Camilla Hall C/O Sr. Anne Veronica 100 Maxis Drive Malvern, PA  19355

To order memorial trees or send flowers to the family in memory of Lawrence Bridge, please visit our flower store.