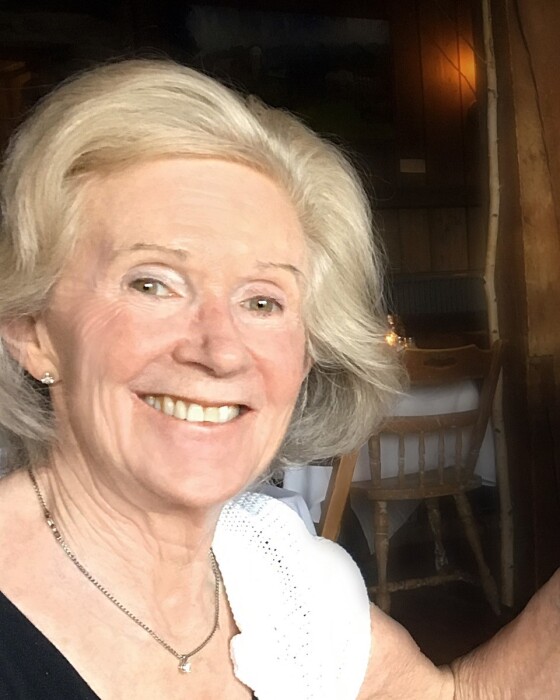 Kathleen McNichol Snocker of Manchester, Vermont and Harvey Cedars, New Jersey passed away peacefully in Bennington, Vermont on Monday, September 13,2021 after a long illness.   She was the daughter of the late Bernard T. and Miriam (Auty) McNichol of Rosemont, Pennsylvania and Stone Harbor, New Jersey.  She is survived by her husband of 52 years, Frederick (Rick) Snocker, and her two children, Todd (Lauren) Snocker of Gaithersburg, Maryland, and Courtney (Brian) Bishop of Wells, Vermont.  She is also survived by her five grandchildren, Brendan and Kyle Snocker, and Blake, Hunter , and Anabel Bishop; and two sisters, Maureen Quinlan of Kennett Square, Pennsylvania, and Bernadette Tuohy of Stone Harbor, New Jersey.

Kathleen was born in Philadelphia on October 22, 1946.  In 1960, the family moved to Rosemont, Pennsylvania.  She was a 1964 graduate of Villa Maria Academy in Malvern, Pennsylvania, where she was twice elected class president.  In 1968, she received a Bachelor of Arts degree from Rosemont College.  While a student at Rosemont, she met her husband, Rick, and they were married in the Villanova University Chapel on June 7, 1969.

During the earlier days of her married life, Kathleen worked at several different jobs when her husband’s corporate career took them place to place; state to state, finally settling in Vermont in 1996, where they owned and operated a small retail gift shop in Bennington, and later Manchester, Vermont, retiring in 2009.  During all of this time, her primary focus always remained the raising of their two children, to whom she was entirely devoted.  They and her husband, Rick, were with her till the end.

Although from Philadelphia, Kathleen was “born with sand in her shoes”, as the saying goes.  She loved the beach, and spent time each summer at the McNichol home in Stone Harbor.  After a devastating car accident caused by a drunk driver nearly took her life in 1979, her range was somewhat curtailed.  She and her family then spent time each summer for the next 42 years in Harvey Cedars.  It was a blessing that she and Rick were able to enjoy time with their children and their spouses, and all five grandchildren at the shore in August, just weeks before her death.

Kathleen’s wishes were to be cremated, and her ashes interred with her parents in Calvary Cemetery in West Conshohocken, Pennsylvania.  There will be a Funeral Mass held at 10:00 AM in the Rosemont Chapel of the St. Thomas of Villanova Parish on her birthday, October 22, 2021.  Interment will follow.

To order memorial trees or send flowers to the family in memory of Kathleen Snocker, please visit our flower store.