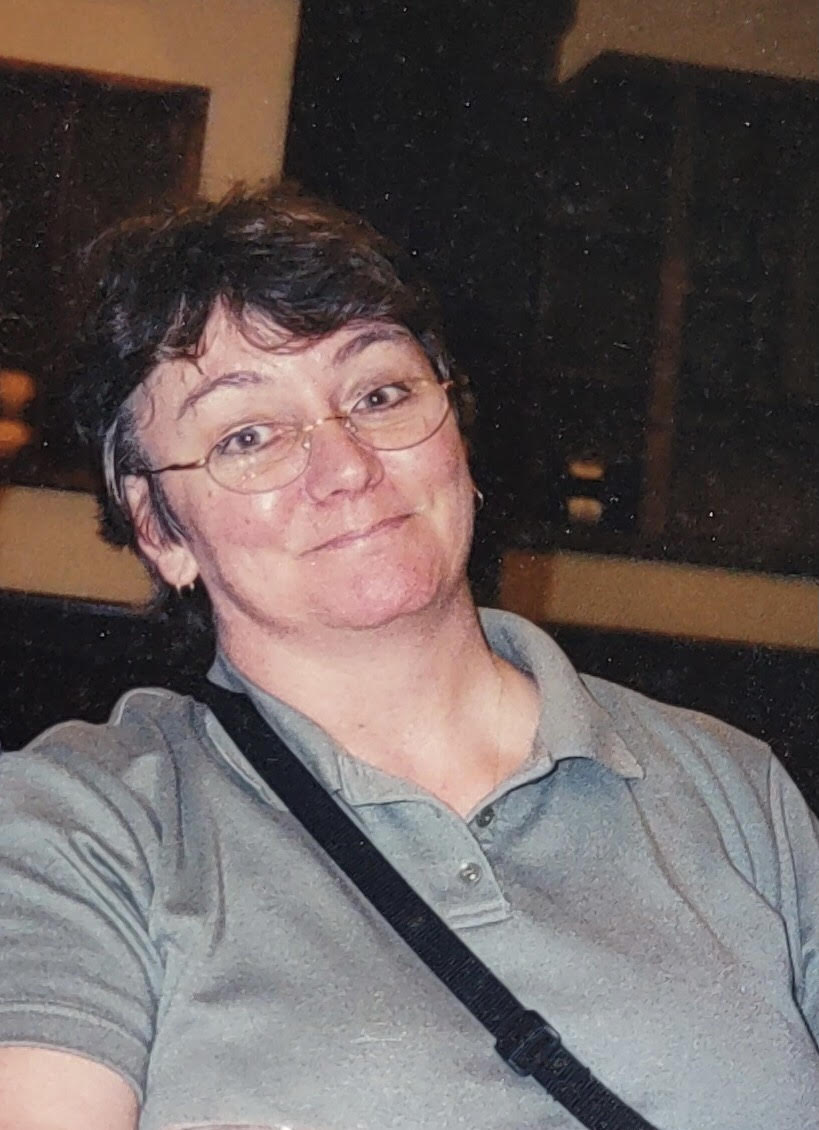 Katherine Mary “Kay” Whiteley, 65, of Glenolden, PA passed away unexpectedly on March 21, 2022. She was the beloved daughter of the late Charles M. “Mel” & Ruth E. Whiteley of Upland, PA. Kay is also predeceased by her wonderful sister Dianne Kloepfer-Solek (David) of Parkside, PA and her brother John R. Whiteley, also of Upland, PA.

Prior to her retirement Kay was previously employed at Video Den in Brookhaven and by Mason/Chelsea House Publishing as a warehouse manager. Kay was a professionally trained Chef and found most of her joy while bakjng in her kitchen making fabulous delicacies for her family and friends. She was known especially for her chocolate dessert creations. She longed to return to England where she spent many happy years as well as traveling to far off places such as Germany and Japan.

Kay is survived by her loving sisters Elizabeth M. Morris (James) of Downingtown, PA, Ruth Ann Reilley (William) of Christiana, PA, Deborah Brown (Tony Cipolloni) of Prospect Park, PA and Vicki Frye Smith (Richard) of Albrightsville, PA. She is also survived by her cousin and friend, Carol Bellwoar and her daughter Wrika of West Palm Beach, FL. Many lifelong friends who share in this loss are Ira McFadden and his family, Rozanne Parris and family, Joe and Cheryl Oxidine Miller and family, Lee Wark and Claire Bignear. They were all as much as family to Kay and will miss her in their lives. Kay had many nieces and nephews, Mark (Meg) and Gabe (Laurie) Ross, Julie Matheny (Mark), Rebecca Casperson (Kevin), Jessie Scott, Arthur Scott (Katie), Jeff Kitts (Marisol), Tracey Lane (David), Richard Kitts and Elizabeth Brown. Kay also had great nieces and nephews that were such an important part of her life, Gabriel, Ella and Hailey, Avalynn and MJ, Kevin, Madeline, Tyler and Savannah, Phoebe, Preston and Paige, Issabella and Arthur and Charlie.

Her life was devoted to her family & friends and that is what she will be remembered for.

To order memorial trees or send flowers to the family in memory of Katherine Mary "Kay" Whiteley, please visit our flower store.
Send a Sympathy Card