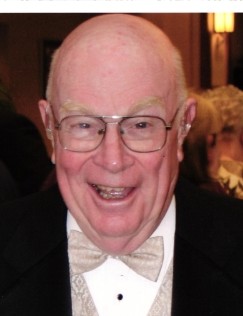 Joseph P. O’Grady Ph.D, a long time Professor of History at LaSalle University, died suddenly of a stroke on Sunday, August 15, 2021.  He began his career at the then LaSalle College in 1959 as an instructor and progressed steadily through associate Professor, assistant Professor and finally full professor after receiving his Ph.D from the University of Pennsylvania.  Throughout his career, he mentored faculty and students alike as long as they shared his passion to “search for truth”.  At various times, he served as Chair of the History department as well as on the Faculty Senate.  He was a LaSalle basketball fan starting during his days as a student at LaSalle Class of ’56 which included winning the national championship as a sophomore in 1954.  Later as a member of the faculty he was a loyal season ticketholder and watched all of the great teams of the late 1960’s and 1970’s at the Palestra.

Joe was born on June 13, 1934 in Philadelphia, PA to his parents Joseph and Nora O’Grady.  Joe was the third of their six children all born after their parents had emigrated from Co. Mayo, Ireland.  He was fiercely proud of his Irish ancestry and it later became a focal point of his academic research as he focused on American foreign relations.  He was a cofounder of SHAFR (Society for Historians of American Foreign Relations) in the early 1960’s.  He particularly focused on America’s relationship with Ireland which was the subject of his book “How the Irish Became Americans” published in 1973.  He was a firm believer that professors were not just teachers but needed to maintain their academic pursuits in order to bring greater relevance and knowledge to the classroom.  His academic research took him on frequent trips to Dublin for research in the 1980’s where he was able to spend time with his father’s step-brother who lived in the same cottage in West Mayo his father had left 50 years before.

Joe had participated in LaSalle’s ROTC program and was commissioned a second lieutenant in the U.S. Army upon graduation.  Her served on active duty for a short time and then in the Army Reserves for 28 years, retiring in 1984 as a Lt. Colonel.  He enjoyed serving his country and as a result of the academic year was able to take on extended projects for the Army at the War Colleges in Fort Leavenworth and Fort Carlisle as well as in the Pentagon.  His academic discipline and thoroughness enabled him to work on highly classified projects which we did not discuss.

Joe was an active member of Annunciation B.V.M.in Havertown (1962-1972) and St. Anastasia in Newtown Square (1972-2008) serving principally on the Home and School Associations.

To order memorial trees or send flowers to the family in memory of Joseph O'Grady, Sr., please visit our flower store.