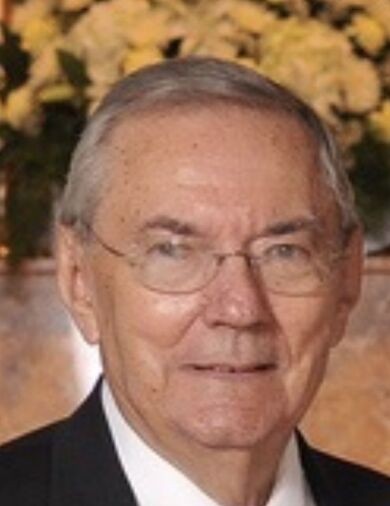 Joseph F. Jankauskas, age 92, of Drexel Hill, PA, passed away on March 22, 2021.   Born in Philadelphia, PA, he was the son of the late Frank and Magdalena Jankauskas (nee Wallash).

Joseph served in the United States Army during the Korean War Era.   He had been employed as a Machinist for General Electric.  He was a parishioner of St. Charles Borromeo Church in Drexel Hill, PA.

Joe was probably best known for his easy going nature and great sense of humor!  If you were not laughing when you were with Dad, you were not listening!
From his facial expressions to his natural comedic timing, he was just a funny guy who loved nothing more than to make others laugh and feel comfortable around him. You were immediately drawn to him.

He also had an amazing work ethic that was fortunately passed onto his kids. He worked hard for over 40 years at GE but always had additional jobs to provide a great life for his wife, Theresa and 3 children.  He was also known as a pretty good card player and was no stranger to a blackjack table. Fortunately for him, he was more often than not a winner. Smart and controlled, never bet against him!

His focus in the past so many years or so fell squarely on his 9 beautiful grandchildren. He loved little more than to visit them, have them visit or receIve the many, many phone calls from them wherever they were in the world. His face lit up every time he heard from any of them.   He also looked forward to watching every EaglesI home game with his granddaughter Lauren. That was their "thing" - She never missed a game with Pop!

In his more recent years there was nothing he loved more than to be in the company of his 4 great-grandsons. They were his favorite pastime! He always found the energy if it involved Joey, Brendan, Jack and Luke!

He will be sorely missed but never forgotten!

In addition to his parents, Joseph was predeceased by his beloved wife, Theresa Jankauskas (nee McDevitt), and his siblings Helen Jankauskas and Leonard Jankauskas.   He is survived by his loving children Joseph Jankauskas (Kathie), Paul Jankauskas (Karime) and Theresa Conley (Joseph), his 9 grandchildren and 4 great-grandchildren.

Masks are to be worn when visiting the family, to the Funeral Mass and Cemetery.  Social distancing is to be observed.

In lieu of flowers, contributions in Joseph's memory to the Shrine of St. John Neumann, 1019 N. 5th Street, Philadelphia, PA 19123 would be appreciated.

To order memorial trees or send flowers to the family in memory of Joseph Jankauskas, Sr., please visit our flower store.