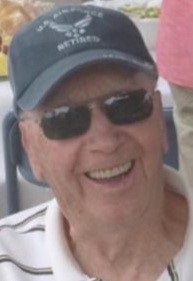 Born on April 19, 1933, in Philadelphia, Jack was the son of the late John H. Walters, Sr., and Edith (nee Carver) Walters.  He proudly served our country for 22 years in the U.S. Air Force, during the Korean and Vietnam wars, attaining the rank of Technical Sergeant, and was a recipient of the Joint Service Commendation Medal.

Jack worked for Rohm and Haas in telecommunications before retiring to Mount Laurel NJ, and more recently to Wesley Enhanced Living, in Media, PA. He enjoyed his time as a Philadelphia Mummer, his daily walks wearing his USAF cap, family gatherings, music, his pen and watch collection, and cheering on the Eagles and Phillies. Jack will be greatly missed for his friendly manner and for often saying: ‘If I go tomorrow, at least I had today.’

In lieu of flowers, please consider making a donation in Jack's memory to the Alzheimer’s Association at www.alz.org, or to the American Cancer Society at www.cancer.org.

To order memorial trees or send flowers to the family in memory of John "Jack" Walters, Jr., please visit our flower store.