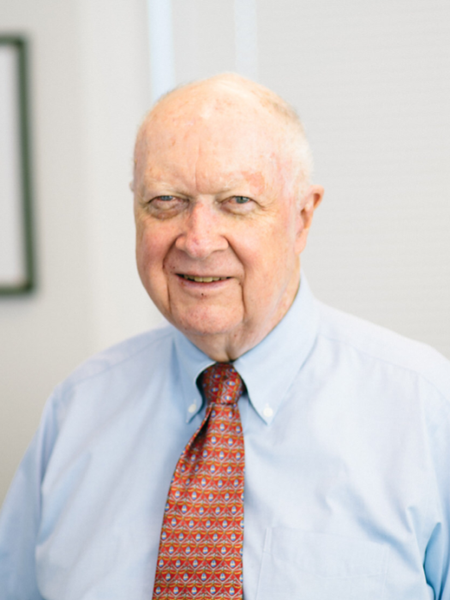 John H. (Jack) Swope IV passed away peacefully on August 15, 2021.  Jack was born in Darby, PA on March 28, 1935, to John and Helen Swope.  He graduated from Episcopal Academy in 1952 and the University of Pennsylvania in 1956.  He proudly served in the Navy from 1956-1959.  After he left the Navy, he pursued a career as an Engineer, working for General Electric and United Engineers.  In 1968 he began a very successful career in financial services with Paine Webber, eventually becoming their top producer.  Always an industry leader, he earned his Certified Financial Planner (CFP®) designation in 1979. He continued serving his clients after a move to Smith Barney 1985.  In 2009 he and his son Doug established Stillwater Capital Advisors where Jack continued to serve clients and lead the firm until his passing.

For 63 years, Jack was the loving husband to Joan Munyan Swope who predeceased him in January.  They met in Ocean City, NJ in 1951, when he taught Joan to sail.  Jack and Joan loved to travel the world, visiting over 60 countries.  He enjoyed numerous hobbies through his life including clock making, needlepoint, cross stitch, photography, string and wire art. Jack served as an Elder and a Deacon at Wayne Presbyterian Church.  He enjoyed spending his time with family and friends in Royal Oak, MD and Sanibel Island, FL.

A Memorial Service for Jack and Joan will be held on Friday, October 22nd at the Newtown Square Presbyterian Church at 11 AM with visitation from 10 AM to 11 AM .Interment private.

In lieu of flowers, donations may be made to the Newtown Square Presbyterian Church, www.newtownsquarepres.org  3600 Goshen Road Newtown Square, PA 19073.

To order memorial trees or send flowers to the family in memory of John Swope, IV, please visit our flower store.