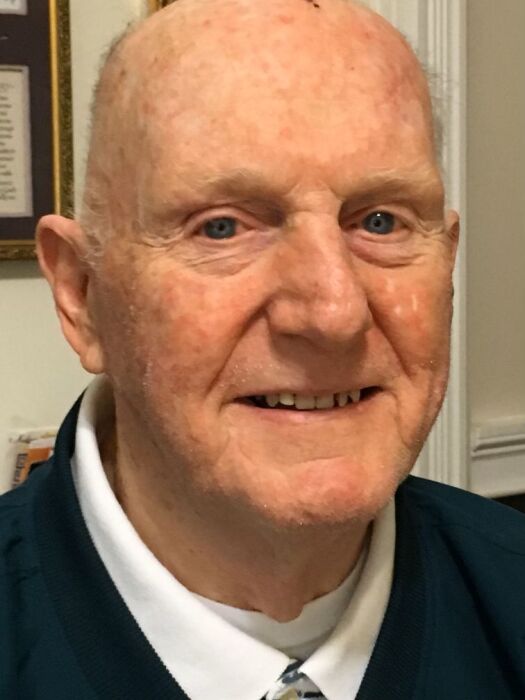 Born in Philadelphia, PA, he was the son of the late Robert and Margaret Robertson (nee Sullivan) and brother of the late Margaret Watmuff (Watty).

John graduated from St. Thomas More High School in Philadelphia, Class of 1946.  He attended college in Philadelphia and joined the U.S. Marine Corps in September of 1950.  He was appointed Staff Sergeant and served in the Korean War, seeing action on the Western Korean Front.  John was awarded the Distinguished Air Cross as Flight Crew Helicopter Chief, the Korean War Service Medal, and the Combat Medal.

John was employed as a Budget Forecast Analyst with CONRAIL and retired from their employ in 1994. He was a 4th Degree Knight of Columbus with the Cardinal Dougherty Assembly 913, Springfield, PA.

John will be remembered for his legendary wit and humor, his kind nature, his dedication to serving others and faithfulness to God, family, and Country. He will be greatly missed.

Relatives and friends are invited to his Viewing on Friday, April 30, 2021, 9:00 – 10:45 AM at St. Pius X Church, 220 Lawrence Road, Broomall, PA and to his Funeral Mass, at 11:00 AM. The Funeral Mass will be livestreamed through The Donohue Funeral Home Facebook page.  Click here to access the video: https://www.facebook.com/thedonohuefuneralhome/videos

In lieu of flowers, contributions in John’s memory to The Pink Sisters, 2212 Green Street, Philadelphia, PA 19130 would be greatly appreciated.

To order memorial trees or send flowers to the family in memory of John Robertson, Sr., please visit our flower store.