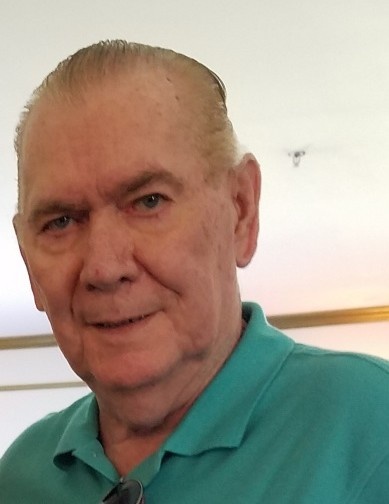 John P. “Jack” Park, age 78, of Clifton Heights, PA, formerly of Southwest Philadelphia and Upper Darby, PA, passed away on October 28, 2021.  Born in Philadelphia, PA, he was the son of the late John L. and Joan R Park (nee Monroe).

Jack was a 1961 graduate of West Catholic Boys High School in Philadelphia.   He went to work for Railway Express as a truck driver after high school.

Jack was drafted in 1967 into the United States Army and served in the Vietnam War.  He received the following medals and commendations: NDSM, VSM, VCM, ARCOM, M-16, 2 O/S Bars.  He was very proud of his Military Service.  He constantly wore his Vietnam Veteran hats and coats and would salute and thank all veterans he would meet in public.

Jack enjoyed bartending and was part owner of the J&B and Pippin West in West Philly.  He worked for Brooks Armored Car Service in 1978. In 1979, he owned and operated a tavern in Upper Darby known as Park Place for 10 years.  He continued driving as a member of the Teamsters Union while owning the tavern. Many great memories were made at Park Place.  He also drove for Liquid Air and Concord Beverage until 1991 when he suffered a heart attack and became a disabled.

Jack married his beloved wife, Leslie, on August 5, 1978 at St. Cyril of Alexandria Church in East Lansdowne.   He was the loving father of Jacqueline Park (Steven Hilbmann) and Scott Park, grandfather of Ryan, Jemma and Dominic, who were the loves of his life.   He is also survived by his siblings, Jim Park (Cathy), Joan Bollinger (Bob), Joe Park, Tom Park (Cora), Mary Ann Fitti (Frank), Barbara Pascetta (Mark), and Chrissy MacMichael (Jim). He was the brother of the late Janet Kuders (Frank).   Also survived by nieces, nephews, cousins and friends.

He loved being with his family, watching movies and television shows, reading (especially books by James Patterson) and listening to music, especially the Oldies, Shinedown, Genesis, Lynyrd Skynyrd and AC/DC to name a few.   He loved collecting sports memorabilia, coins, and attending sports card shows.

He loved being involved with his children’s activities.   He helped to establish CYO at St. Cyril’s Church, coached his son’s baseball team and drove his children from game to game.   He treated all of his children’s friends like family.

Jack enjoyed many, many cruises to Bermuda, the Caribbean and the Bahamas.   He enjoyed dining out and going to shows and concerts.   His favorite play was “Jersey Boys”, which he saw five times.

He also enjoyed mini vacations to the casinos in Atlantic City.   His favorites were Harrah’s and Caesar’s.  He also enjoyed day trips to Harrah’s in Chester playing the slots.

Jack was a devout Catholic.  He was a quiet and spiritual man.  He faithfully attended Saturday 5:00 PM Mass at St. Eugene Church in Primos, where he had his own special seat.

He was very generous with his family, his contributions to the Church and to many charities -  the Disabled Veterans, the homeless, children’s charities, cancer charities and many others.

Jack was a pillar to his family.  He would offer help to anyone in the family and to his friends if needed.  He was not a man of many words, but he was there for everyone.

Jack was loyal to his siblings.  He was a true big brother and father figure.   He would take the younger siblings on picnics, to the lake or the movies.  He was very generous and would pay them well – whether it was to iron his pants, wash his car or pickup clothing at Rose’s Dry Cleaners.   He came off as a tough guy but was a softie at heart.   Jack walked 4 of his sisters down the aisle when they got married.

Jack was a classic example of “what you see is NOT what you get.”  On the outside, he appeared stoic and tough, but on the inside he was a caring person and committed to his family.  He made it a habit to regularly check on his mother and enjoyed bringing her treats and meals.  He would visit his mother every Sunday morning with a blueberry muffin and coffee.  He continued this tradition when visiting her grave.

Jack purchased one of the last models of the Pontiac GTO’s in 1974, which was his pride and joy.  He gave this car to his brother when he graduated high school so that he could travel to Florida and back.

In lieu of flowers, contributions in his memory to Disabled American Veterans, 5000 Wissahickon Avenue, Philadelphia, PA 19144 or to the Wounded Warrior Project, 600 River Avenue, Suite 400, Pittsburgh, PA 15212 would be appreciated.

To order memorial trees or send flowers to the family in memory of John Park, please visit our flower store.