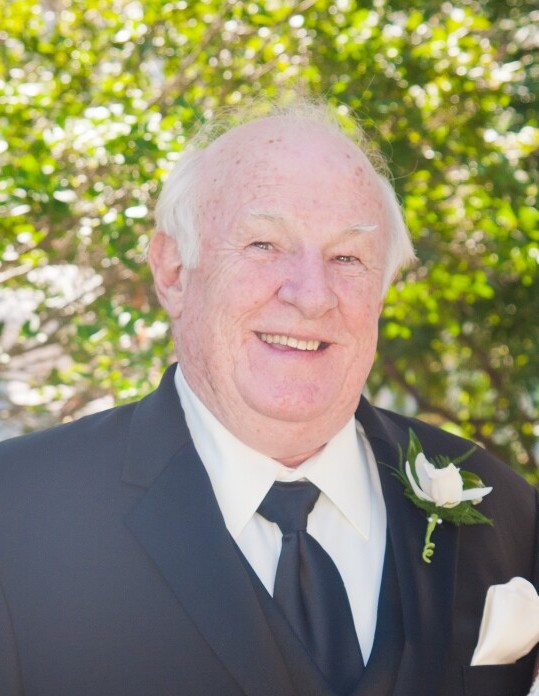 After graduating from Lower Merion High School, he enlisted in the US Navy serving his county until 1963 at one time aboard the USS Shangri-La.

John soon married Patricia “Patsy” Corr in 1965, settled in and started a family. He went on to complete his education and received B.S. in Business Administration from St Joseph’s University and an MBA from Temple University. He went on to have a long career in Human Resources.

John was an avid car enthusiast and car collector over the years.  He took tremendous pride in restoring and working on his cars including his ’59 and ’58 Chevy Corvettes and Bellaire, and loved going to Carlisle for their car events many times a year to sell and source car parts.  He enjoyed racing events like Super Chevy Sunday @ Maple Grove, “Cruise Nights” and car shows, where he could pal around with his car buddies and even take home a trophy now and then. He was a proud member of the Keystone Corvette Club.

John always tuned in during March Madness, and would root for Gonzaga and St Joe’s to see how far they could go in the Sweet 16. Additionally, he took great interest in history, and could always be found watching or reading up on military war history and was always open for a debate to share his knowledge. He loved old western movies, American history, reading and music from the 50’s and 60’s.

Most of all he loved his family dearly. Spending time with them every chance he got was when he was happiest…from Sunday dinners and barbecues, at the beach, going to the car shows with them or just popping in for surprise visits.

He is survived by his loving children; John J. (Elizabeth), Maureen Boccella (Samuel), Timothy and Kathleen Klimas (David); his sister Kathleen Terrill (Alan). Pop-Pop will be missed by his 6 grandchildren and 2 great grandchildren.

Memorial contributions may be made to the Leukemia Society of America, 219 North Blackhorse Pike, Mount Ephraim, NJ 08059.

To order memorial trees or send flowers to the family in memory of John O'Hara, Jr., please visit our flower store.